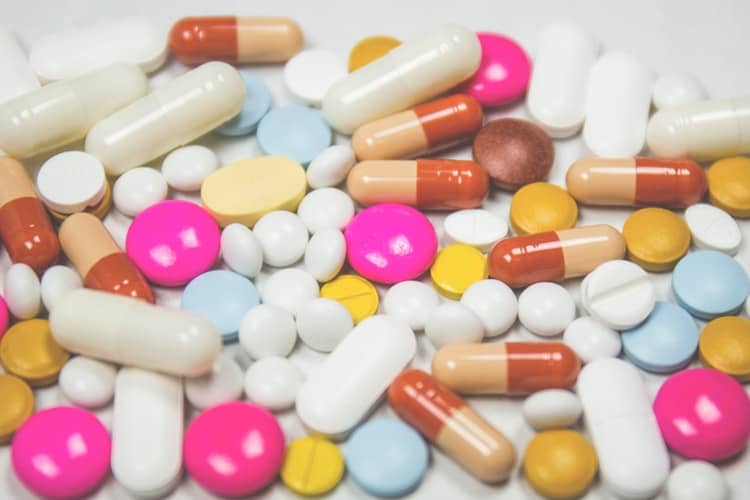 Why would any responsible pet parent give human pills to dogs without consulting the vet?

The answer is they won’t. However, dogs are born foragers, and they have been known to ingest pills from the floor.

To be safe, it’s always ideal to keep your pills locked up or someplace high off the ground. You can also keep your dog distracted by giving it a few chew toys to play with. These should keep it satiated for the day and prevent it from going on a hunting mission when you are not around. Also, make it a point to buy from reputed stores when buying pet drugs online. Some unethical online pet stores sell counterfeit pet drugs, which can end up causing harm.

While you should give no human medication to dogs without the vet’s approval, some are more dangerous than others. The following are ten human medicines that can cause fatal reactions in dogs.

Paracetamol: It may be your go-to painkiller, but paracetamols are incredibly harmful when ingested by dogs. An overdose of paracetamol causes liver failure, kidney failure, blood cell damage, and eventual death.

Morphine-Based Pain Medications: Any medication that contains morphine, including Tramadol, Methadone, Fentanyl, and Codeine, is a serious threat to dogs. Accidental ingestion of a few pills can cause extreme wobbliness, severe difficulty in breathing. Fatal instances of toxicity from morphine-based drugs in dogs are not uncommon.

Naproxen: Another popular human pain medication on our list, Naproxen, can be fatal to dogs even in low dosages.

Vitamin D Supplements or Pills: Anything that contains high amounts of Vitamin D can be dangerous for dogs. Vitamin D poisoning (Yes, it’s a real thing that affects humans) can be fatal for dogs. It often leads to seizures, violent muscle spasms, and heart failure in dogs.

Pseudoephedrine: Pseudoephedrine is a group of human medications used as decongestants. If ingested by a small dog, as low as three pills can be fatal.

Alprazolam: Alprazolam is a well-known medication that’s used to control sudden bouts of anxiety and sleeplessness. There are plenty of safe anti-anxiety pet drugs that can help calm the nerves. Feeding Alprazolam can cause severe drops in blood pressure levels and easily be fatal. If your dog is suffering from anxiety, it’s best to consult a vet.

Clonazepam: Clonazepam is a human anti-anxiety pill. It can lead to violent shivering, severe weakness, and sudden drops in blood pressure levels in dogs.