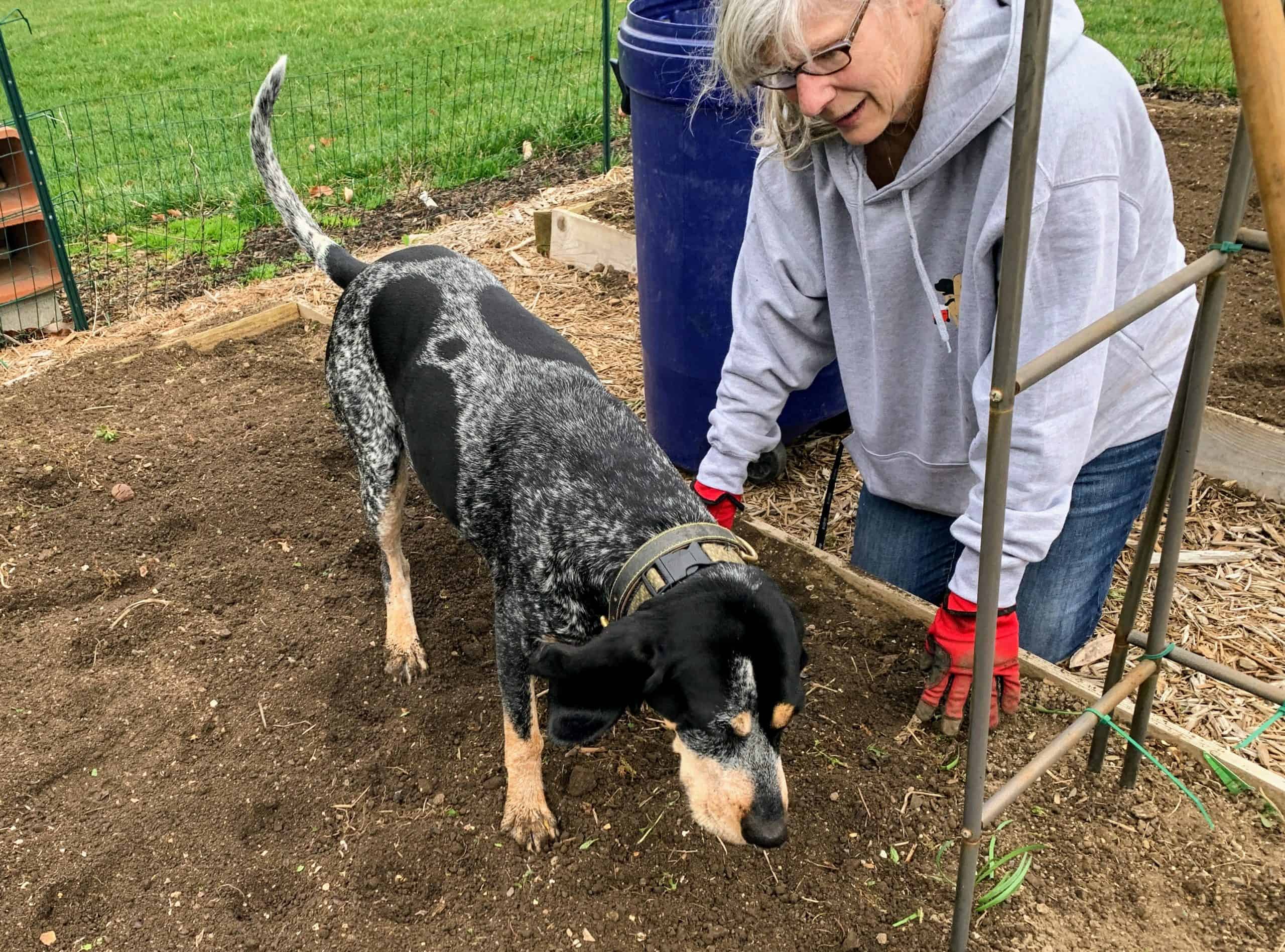 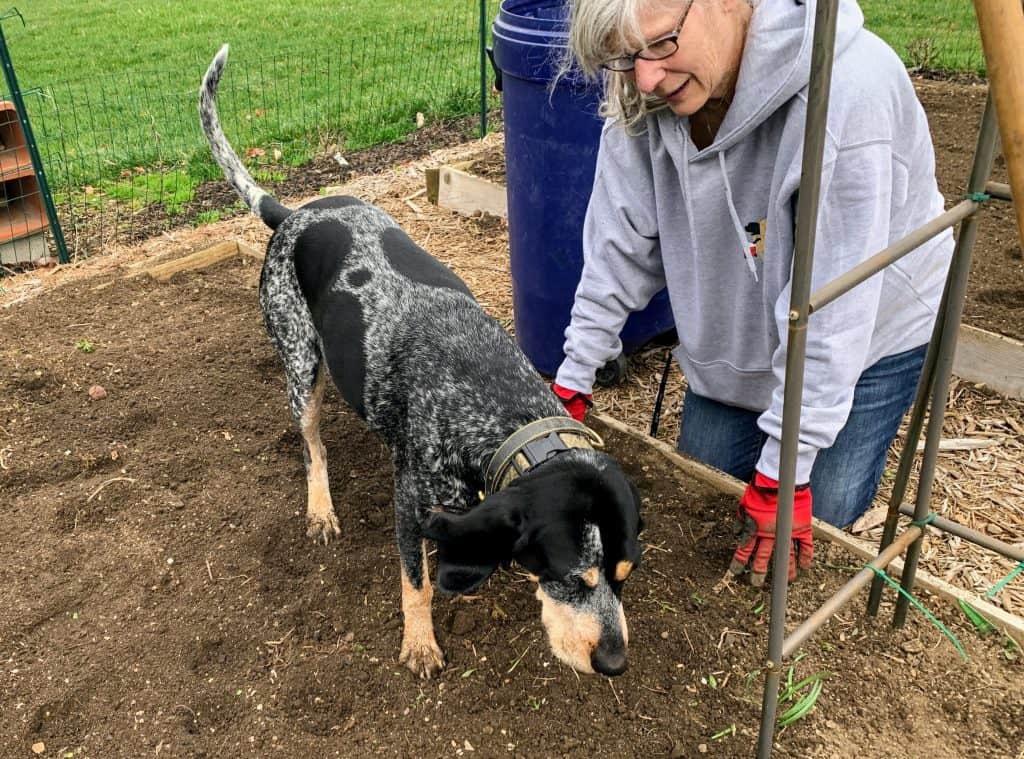 Your pets and your plants can live in perfect harmony if you take the necessary steps to keep your dog out of the essential parts of your garden.

But don’t worry, your pets and your plants can live in perfect harmony if you take the necessary steps to keep your dog out of the essential parts of your garden. There’s a bunch of ways you can do this, so let’s have a look at some of them:

An ultrasonic dog repeller is a relatively new device on the market nowadays and is similar to those little gadgets that mail carriers carry around to keep the Pitbulls away. They emit a very low-frequency sound when there’s motion detected nearby.

This is a sound that dogs can’t stand, and it should keep them away so you could plant one in the area of your garden that you want to keep your dog out of and let it do its job. 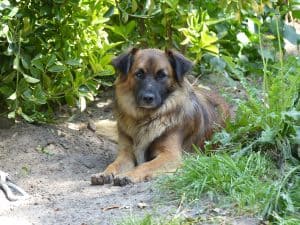 Some smells and tastes don’t sit well with our canine friends, and anything spicy tops the list. Sprinkle something like crushed pepper around your garden, and your dog won’t go near it.

They’re also not a fan of the bitter stuff. So maybe leave some essence of lemon or orange lying around to deter the pooch. You could also use coffee in a similar vein because that’s also the bitter properties that dogs don’t like.

You could also use coffee grounds if you desired. Maybe even make your fertilizer out of it but be wary that this is poisonous to some dogs, so it might not be the best option than oranges or lemons.

Much like the ultrasonic repeller that we discussed before, this is another harmless thing you can place in your garden, near whichever area you want to keep a dog-free zone and just let it do its thing.

The dog-specific sprayers that you can get are motion-activated sprinkler systems. I’m sure you’re familiar with how dogs feel about water, so you know how effective this one will be. 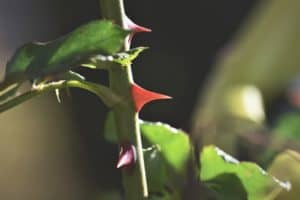 If you don’t want to go after fancy gadgets or start sprinkling all kinds of food around your garden, you could use the garden itself as your defense mechanism. Build a wall of thorn bushes between the dog and the flowers.

It won’t hurt them much, but it will be enough of a shock to convince them to steer clear of those particular bushes. Just be wary of the ones you choose because you don’t want to plant something poisonous that could do real damage.

Or you could build an actual fence. It’s a little bit more work, but it’s a surefire way to barricade off your plants. It doesn’t need to be too high, just enough to make sure the dog can’t get over it.

You’d probably be able to build one or have one built in a matter of days. A chain-link fence would probably be the most effective and last the longest. 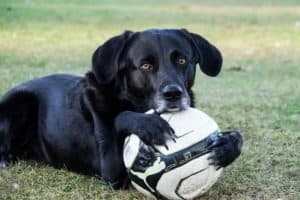 This might not work for every dog, but it’s worth trying. Leave entertaining things for your dog around the garden so that they are less likely to turn their attention to the flowers.

If a dog gets destructive and starts tearing things out of the ground, it’s usually because they’re bored. Try and solve this by giving them something to do.

That’s not a typo; I’m suggesting that you build a moat to protect your flowers. The lengths we go for flora. Moat probably isn’t the best word. Dig out a little stream around your flowers.

Once again, dogs don’t like getting wet, most of them anyway, so this should work. But do me a favor, don’t ever refer to it as a stream. It’s a defensive body of water, so it’s a moat!

If the problem is as simple as your dog is trying to get around the garden and can’t get to certain places without trodding all over your flowers, build a little pathway and train them to use that instead.

It doesn’t even need to be paving stones or anything. It could just be a stretch of dirt that they can get across.

If the problem is that your dog can’t stop digging, then set aside a specific area in the garden where they are allowed to do that. This will require some training, but it will be a place to satisfy that urge without harming. 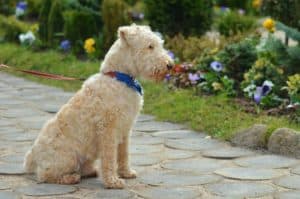 I mentioned the word ‘training’ in the last two points I discussed, and in truth, a lot of these options will probably require some degree of it, but you could train your pets to stay away from parts of your garden.

It’s known among dog owners as boundary training, and it’s not an easy thing to teach, but if you can do it, you won’t have to do anything else.

See if There’s Another Problem

And then, if none of this stuff works, there might be some behavioral problems that you’ll need to look into. There is no hopeless case and no situation too big. Someone will train your dog, and if you need to seek professional help, then so be it.

So while it might be a little annoying and potentially distressing when your dog won’t stay out of your flower beds, there are many, many ways around it.