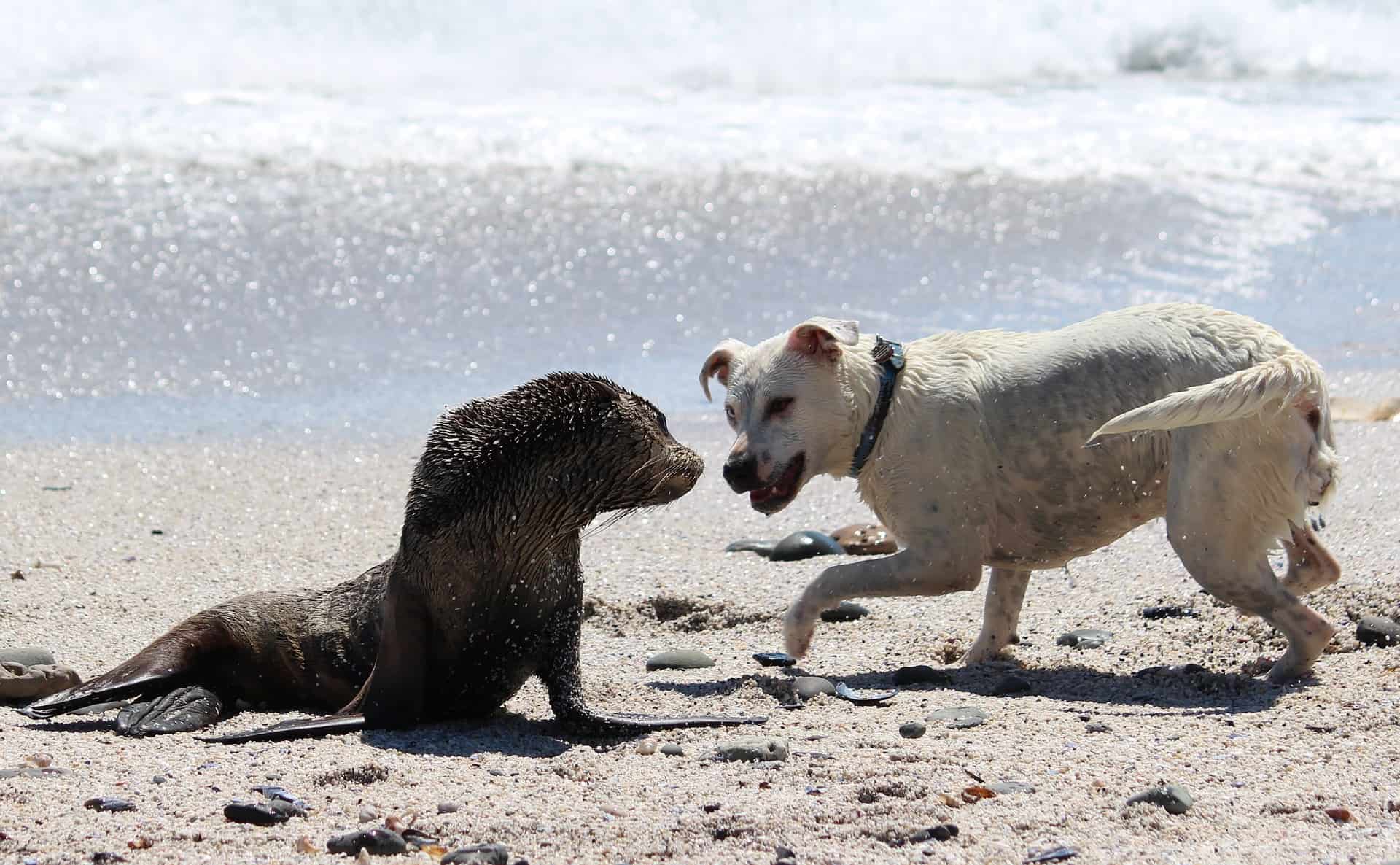 Is your dog attacking other animals and even killing them? There’s hope.  Here are some techniques to stop your dog from killing animals.

Have you seen your dog attacking other animals and even killing them? Naturally, dogs have the predatory chase drive, which is a desire to chase things. The character is something it learned since it was young, where it could see it chase bikes, small furry animals, chickens, and even other dogs.

However, the movement of prey is what triggers the animal or bird it will chase. So, remember that it is part of your dog’s normal behavior.

Nevertheless, some dog breeds are known to have higher predatory drives, and they are used mostly for herding, hunting, and working.

In this article, we have highlighted some techniques on how to train your dog not to kill animals.

1. Lock them up, so they are safe and secure 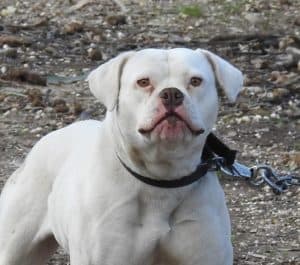 If your dog’s breed has a high chase drive, find a safe place, and contain it. Doing so will help protect other small animals and birds, especially when you’re not home.

A dog with a kill history is usually declared potentially vicious or dangerous. This kind of dog needs to be kept under control and secure. Such a dog can also be humanely euthanized.

Some effective techniques to keep your dog safe and secure are crating the dog indoors, strengthening your fence, and installing an outdoor run. These techniques will help tame your dog.  You can also lock the gates and prohibit anyone from visiting accidentally or without permission.

2. Teach the difference between ‘hunt’ and ‘play’

In a dog’s mind, hunt and play are similar, but the two words are different. When you want to teach your dog how to play, take it outside to play with toys. Use commands and teach them how to “come” and “stay.” The practice should go on for a month or more and do it regularly.

Additionally, the other option is to hire a qualified dog trainer. The dog will be taught how it can redirect its energies towards play and not prey.

Another option to protect your other animals and people from a dog attack is to raise them together from a young age – three months old or less.

Puppies love playing with cats, but the cat might not share its enthusiasm. So, you should not intervene in such altercations unless you note serious aggression. It will be easier because the cat has boundaries and will teach the dog not to mess with cats. It will grow to have that in mind, and you will not find it attacking them in the future.

4. Don’t Punish A Dog After Killing

If your dog attacks your cat and even kills it, it is not a bad dog. The dog was following his instincts. No matter the tragedy, never punish or hit your dog for the mistake. You will worsen his aggressive behavior because he won’t understand his mistake.

To avoid such mistakes, don’t let the dog chase your cat, hoping it will not catch it. That might not work because one or both of your animals might get severe injuries after running in a cluttered area.

A dog is different from other animals because its prey drive and sensory environment will depend on sound and scent. It is easy to stop if you find him associating himself with chasing and catching cats or other animals with obnoxious odors or harsh noises.

However, work with a dog trainer to help your dog stop this bad behavior. He will have the best approach to provide the dog with the right discomfort level, and it will not harm the cat or dog. 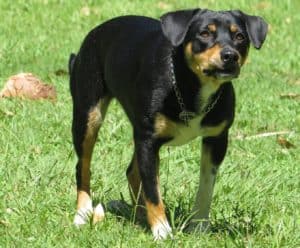 Conducting training exercises with your dog is an excellent way to tame its prey drive. There are some essential exercises your dog can do at home. The vital one is to establish control when it is off-leash.

When training using dog commands, keep the three Ds in mind – Duration, Distraction, and Distance. Avoid distractions when teaching your dog a new command and give it a short time to hold the command.

As it gets better with time, increase the distance, duration, and distraction until you find it reliable to perform the commands.

Proper handling of your dog to tame it requires that you have the right equipment. This equipment helps you with the journey of rehabilitating the dog, which is especially helpful following an accident.

If the training fails, try and use recommended training aids that can help you to break intense focus. This will help redirect your dog’s attention so they are more focused on you during training.

The use of training collars helps tame your dog’s prey drive also. However, these need to be used by a professional and experienced dog trainer.

The dropdown is another effective method to tame the prey drive for your dog. This method can be utilized after your dog finds something it wants to chase and focuses on it.

The main objective is to break its focus with treats as you give time for the critter to escape. However, this can only be successful if your dog already knows how to get in the “dropdown” position.

When you realize your dog is locked onto a target, command it to get down immediately. Then, drop a treat at its feet. With that, it will look down and break focus.

After it looks at the treat, quickly move that treat in a different direction away from the target completely. 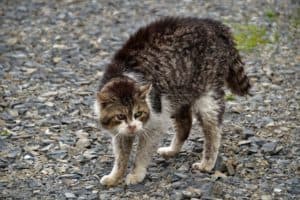 Once a dog kills will it kill again?

A dog that has never been vicious before can strike out at any time. Once they do, they are more likely to do it again. So, once a dog kills will it kill again? Yes. They likely will. It only takes one attack to kill a human being or another dog. If your dog kills another cat, for example, it needs to be put down or rehomed to a place where there are no other pets.

The predatory drive and ancestry of your dog

As a dog owner, it is important to understand the predatory behavior dogs exhibit. This means looking at their history and before they were domesticated. Predatory behavior is the ability of an animal to track down, chase, and kill other animals for food. Every dog has some level of a predatory drive. Hunting and killing were how they survived.

With this predatory behavior, you will notice a sequence known as a fixed action pattern. The dog eyes, stalks, chases, grabs, bites, kills, dissects, and consumes its prey – much like wolves. How much of this sequence your dog may follow depends on their history, genetics, motivation, and several other factors.

If your dog sees cats or other small animals running away, his chase drive may be triggered. The movement of the cat triggers a reflexive response. The dog will then fixate on the prey, even from a distance, and will be ready to enter into action at a moment’s notice.

Remember, this kind of dog aggression is not reflective of a psychological problem in your domestic animal. It is in their nature to hunt prey.

Signs of a vicious dog

If you think you have a dominant or aggressive dog, here are a few signs that may indicate your dog is being or becoming vicious.

It is also important to remember that a dominant and aggressive dog will rarely show any signs before a dog bite or dog attack happens. To stop aggressive behavior and prevent them from killing other animals or attacking, you should figure out why your dog is so aggressive.

Most dogs don’t just become violent out of nowhere. It is often the result of external factors like improper socialization or dog training. However, pain or illness, fear, establishing dominance, and protecting their territory are other reasons the dog may exhibit aggressive behavior.

Dog is aggressive toward strangers

If your dog is most aggressive toward strangers, you need to closely examine the situation. Is there a type of person they are more aggressive toward? For example, men, women, children, or perhaps people in uniform? Does the aggressive behavior start when the stranger visits the home or if they are just seen on the street?

The cause of this type of aggression could be due to a past trauma. In this case, positive reinforcement training and the gradual desensitization to the specific stressor are required.

Dog is aggressive toward cats

Safety is the priority when it comes to dog aggression toward cats. So, you need to make an effort to socialize them if they live in the same household. Keep in mind that cats can also be moody, and socialization can be a long and drawn-out process.

What do you do after your dog attacks and kills?

You will find that the laws vary by state regarding what happens to your dog after a dog bite or attack. If your dog already has a serious bite history, it is more likely to be euthanized than one who hasn’t yet caused any physical harm.

It always helps to seek assistance from an experienced aggression trainer. You then need to think long and hard about keeping the dog after it has attacked or killed.

The drive to chase, catch, and kill prey is the reason why dogs chase a ball and play tug-of-war. However, don’t make the mistake of allowing your dog’s playfulness to convince you otherwise.

Some of these dogs have a dangerous prey drive. It might be hard to protect your dog from attacking other animals and birds. The best way is to train it not to kill other animals.  See more: https://spiritdogtraining.com/online-dog-training/