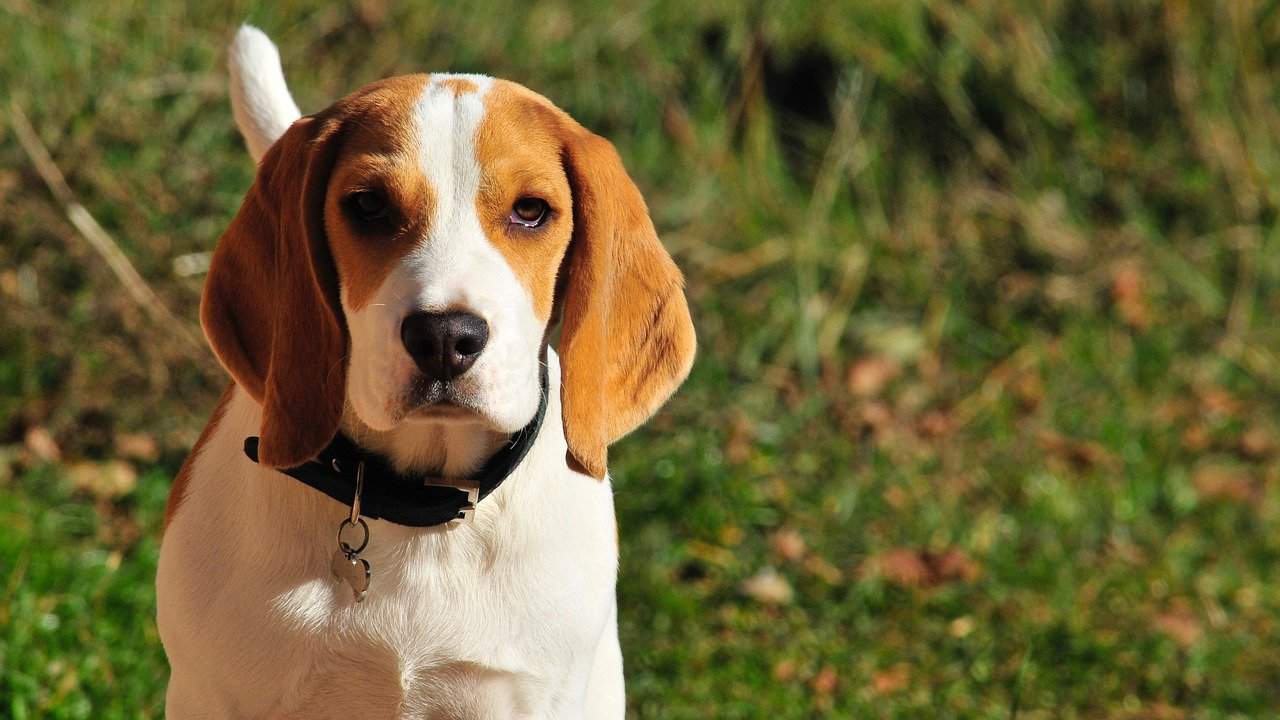 One of the most important factors to consider if adding a dog to your family is breed, which can influence everything from the dog’s temperament to her price tag.

Often would-be dog owners find themselves deliberating between two specific breeds after narrowing the list down by eliminating those that aren’t a good fit. While most dog lovers are drawn to any furry four-legged companion dog, the reality is our lifestyle and circumstances will naturally rule some breeds out.

City dwellers in cramped apartments might find it impractical to adopt a German shepherd, and a family living on an expansive farm might think a Shih Tzu would be overwhelmed by the surroundings. 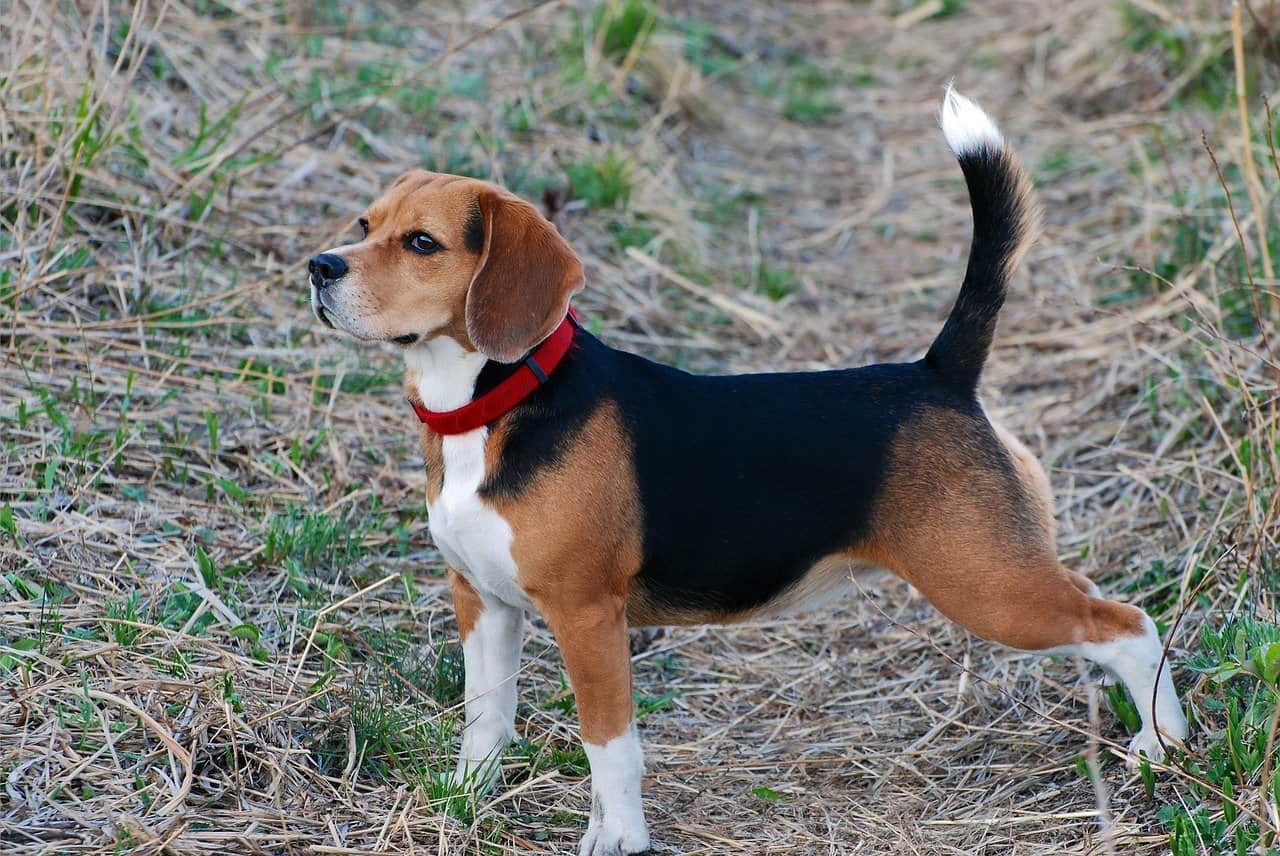 Dog breeds are an important component in your decision-making process, and it is a good idea to familiarize yourself with the characteristics of a breed before becoming a dog owner.

Perhaps your search for the perfect family pet has led you to choose between a beagle and a foxhound. We have all the information you need to compare and contrast these two breeds. 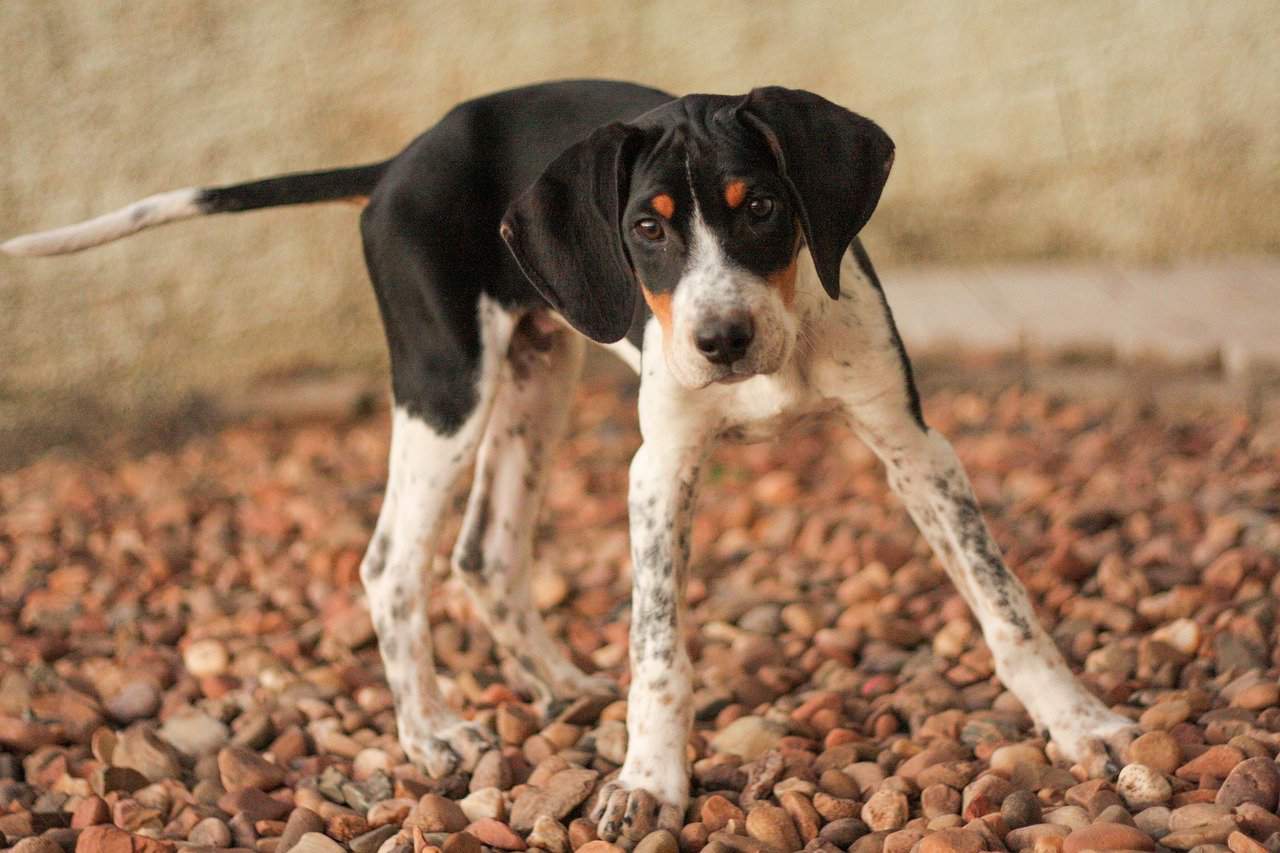 The foxhound’s history is spelled out clearly in its name: these dogs were trained to run down foxes and have their origins in Great Britain in the 1600s. Once brought to America, they were bred with other European dogs to produce longer legs, better for keeping the pace on hunts across large pieces of land. Even George Washington was an early breeder of the American foxhound. 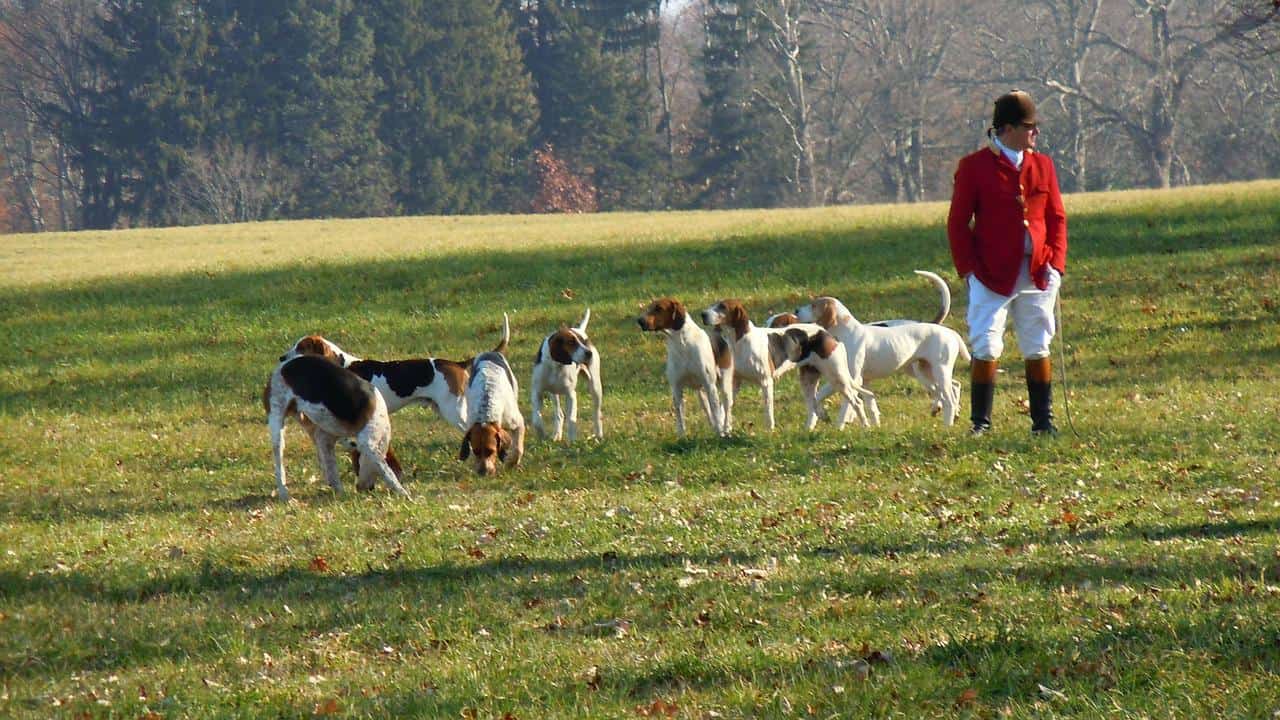 The beagle also came from England, a descendant of a small hound, with the modern breed developed in the early 1800s. They were also used in packs to hunt but have over time become popular as house pets.

Both breeds still have a strong hunting instinct.

Beagle vs. Foxhound: The Comparison Guide

Now we will walk you through a variety of comparison points to help you determine which breed may be a better fit for you. Beagles and foxhounds have quite a few similarities, thanks to their overlapping origins, but some important differences as well.

By reviewing these points, you will better understand what you could expect as a dog owner and how the animal would blend in with your family and lifestyle.

The beagle is a smaller breed than the foxhound. Beagles can typically grow to 16 inches, with an average weight of 18 to 35 pounds. Their smaller size is why they will be more active, generally, than foxhounds.

The foxhound will grow up to 28 inches tall (almost twice the height of the beagle) and typically weighs around 60 to 75 pounds.

As you can see from these differences, size can play a big role in deciding between the two breeds. Beagles are likely the better choice for someone with less space, but that may not be true in every scenario. Because they are also more active, they may not be the right choice for an older, less active owner in a small space.

Beagle owners will tell you one reason they love their breed is the fact that these are affectionate dogs. A beagle will certainly seek a good belly rub or a scratch behind the ears, showering owners with plenty of cuddle time and making a great family pet.

On the other hand, foxhounds are less on the “cuddly” side and more of an independent, get-the-job-done breed. And by job, we mean following a scent. They are a hunting dog and scent dog driven by the chase of prey.

This is not to say a foxhound won’t ever show affection; they are generally friendly and lovable like beagles but to a lesser extent.

A beagle could still thrive in a smaller setting, such as an apartment, as long as she gets plenty of activity and walks in the fresh hair. A foxhound would not be suited to apartment living.

The beagle breed has a dense and short coat, so to care for them, you will need to brush them regularly. A good rule of thumb is to brush their short coat at least once each week, which will cut down on matted hair spots or uncomfortable knots.

Even with good brushing and baths at home, you should still expect to make regular visits to a professional groomer for services like nail cutting. They can also shave patches of hair if needed and inspect the dog’s coat for the presence of any infections.

Grooming practices for foxhounds are similar to that of beagles: the brushing will simply take longer as you are working with twice the size (thus twice the fur!)

Foxhounds also have a dense coat and need regular brushing. Remember that keeping up with regular brushing cuts down on how often you will need to bathe your dog, as brushing removes dirt and debris and spreads natural oils over your dog’s coat.

We should also note here that neither breed group is considered hypoallergenic, so you will want to consider any allergies in your household before deciding about dog ownership.

You might consider the beagle’s intellect both an advantage and disadvantage when it comes to training. They are a smart breed, so they may take less time to train than foxhounds. However, that same intelligence can make beagles a bit stubborn.

Sometimes your beagle will show an independent streak, wanting to do things their own way, and you will need to be patient and persistent to get them trained. If you stick with it, training tends to work well with beagles.

Foxhounds may not possess the same level of intelligence as beagles; they would be considered “average” among dog breeds, and they are not as easy to train. This does not mean they make “bad” pets, but they may not be ideal when it comes to dog training.

Both breeds are scent hounds who have been trained to follow a scent for generations, so you must bear this in mind when the dogs are outdoors and keep them leashed when necessary.

While the beagle’s eyes may melt your heart, his bark probably won’t. The hard truth here about beagle ownership is that these dogs often bark (and howl). They are trying to communicate with their owners (or perhaps express frustration), which can be a difficult part of adding a beagle to your family.

If you think the barking will cause a problem with your neighbors, you will need to figure out a solution beforehand.

Foxhounds are a match for beagles in the barking department; you can expect more of the same with them. If a lot of barking sets you off, you may not be a match for either of these breeds.

A rule of thumb when it comes to dog lifespans is that smaller breeds tend to live longer, so you can expect that the beagle breed would usually outlive a foxhound. Beagles generally have a lifespan between 12 and 15 years.

A foxhound’s lifespan is slightly less than the beagle’s, with most foxhounds living anywhere between 10 and 13 years. With both breeds, proper care, exercise, and nutrition can help ensure the longer end of the lifespan is reached.

Beagles will shed more in the spring, giving your vacuum a workout as the seasons change. But do not be alarmed by the shedding; it is a positive sign as shedding helps your pup lose damaged hair and grow new healthy hair.

Foxhound breeds will shed year-round, so plan for a fair amount of time spent vacuuming, sweeping, and lint rolling if you welcome this dog breed into your home.

Even though a beagle will generally live longer than a foxhound, she will also often face more health issues. Some of the health problems your pet might face include epilepsy, obesity, hypothyroidism, allergies, and heart disease.

One of the most important things you can do for your beagle (or any dog breed) is look after their teeth and help them maintain good dental hygiene.

Foxhounds are up against the same challenges as beagles when it comes to health and aging; both could experience the conditions named above and ear infections and deafness.

The lovable beagle might end up cozying up to a thief in your home before he’d guard against them. That’s just the nature of this friendly and popular breed.

Foxhound breeds can make great guard dogs with the proper training as they are generally more aggressive than beagles.

Beagle vs Foxhound: Which Breed Group Is Right For You? 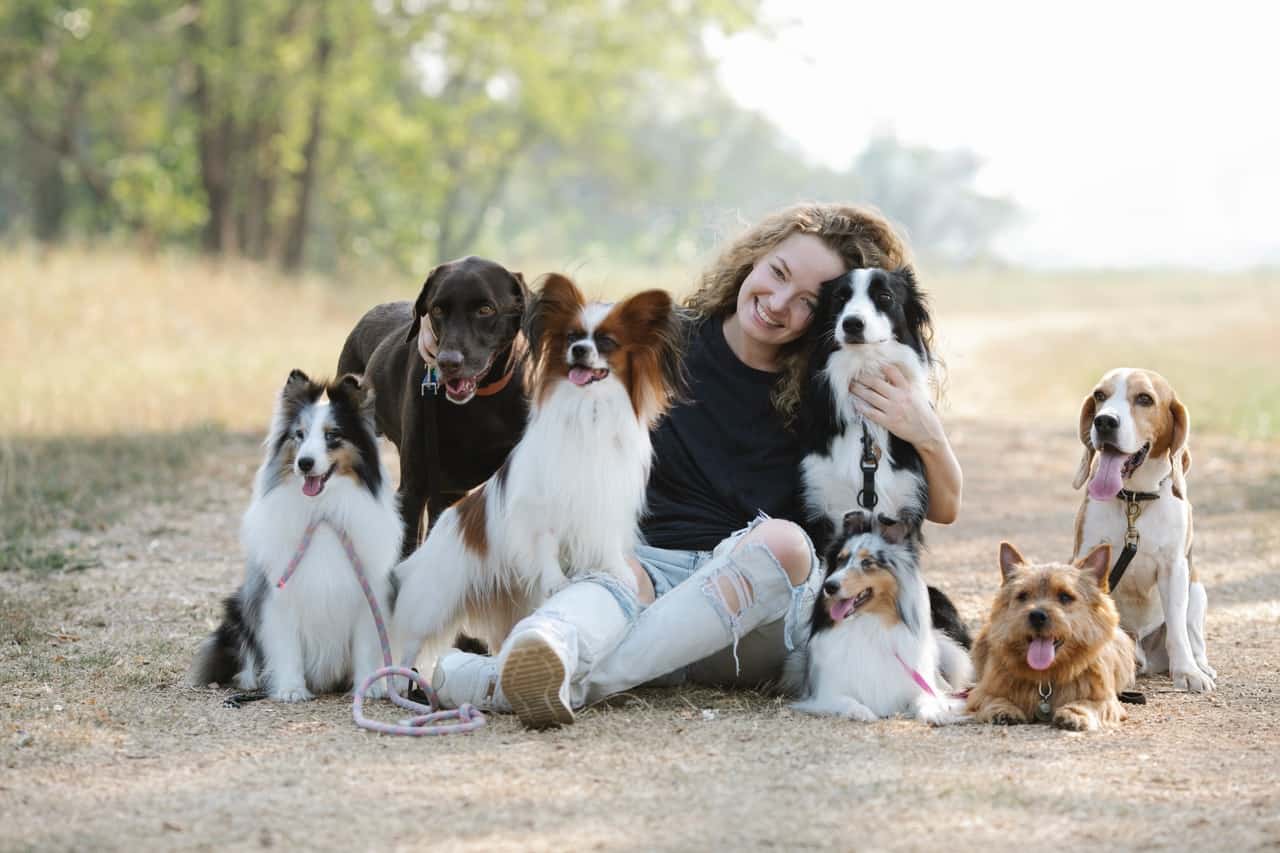 Hopefully, the characteristics and traits we have outlined here have given you a better sense of each breed group and its similarities and differences. No matter which choice you make (beagle, foxhound, or another dog breed entirely), the success you have placing the companion dog in your home will relate directly to the time and effort you spend caring and training for the dog. Each dog breed described above would make a great pet for a family.

Training is not an overnight process for these scent hounds either, so be sure you have the patience and the willingness to invest the time and energy, which in the long run, will help you make your home and family a good fit for the dog and vice versa!