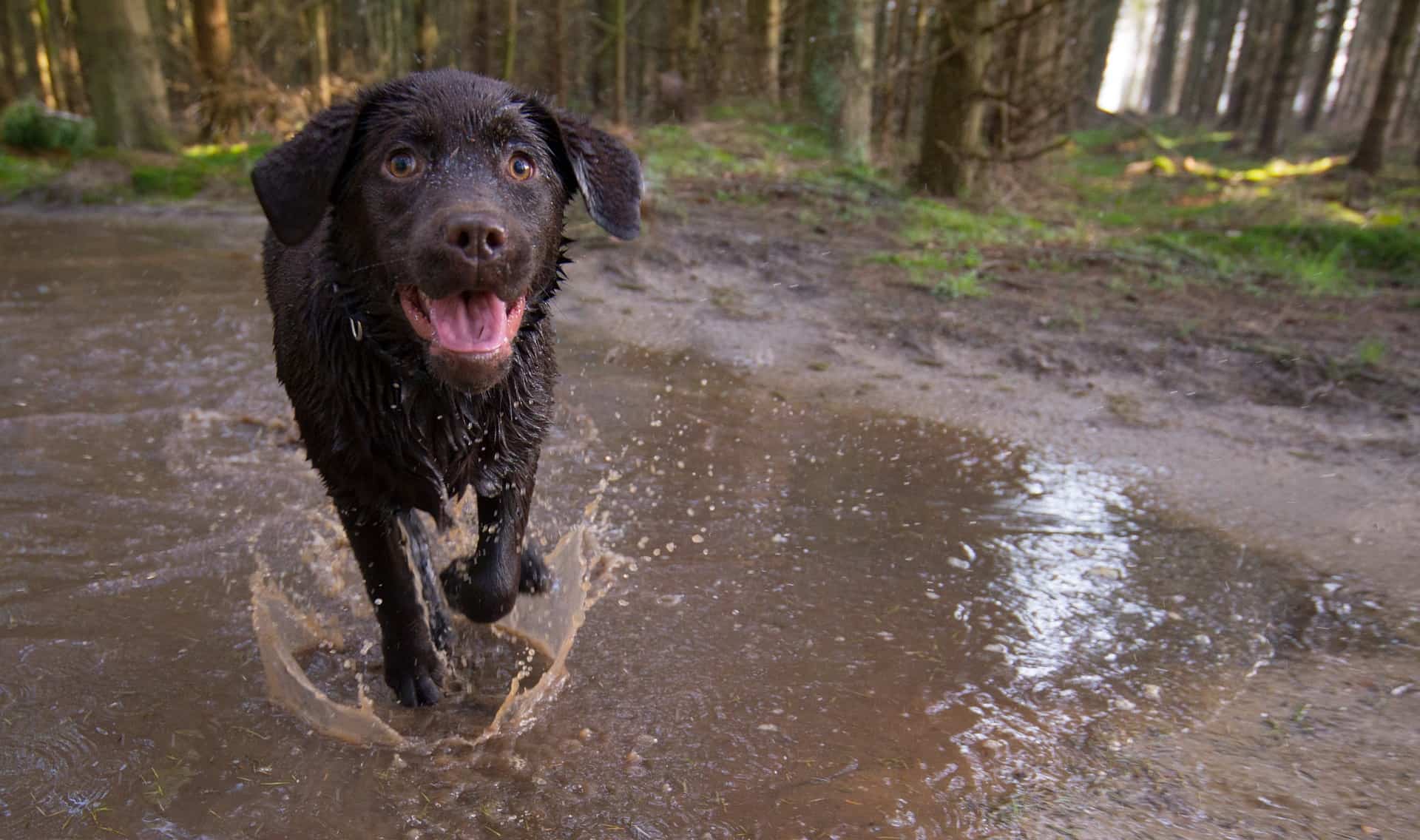 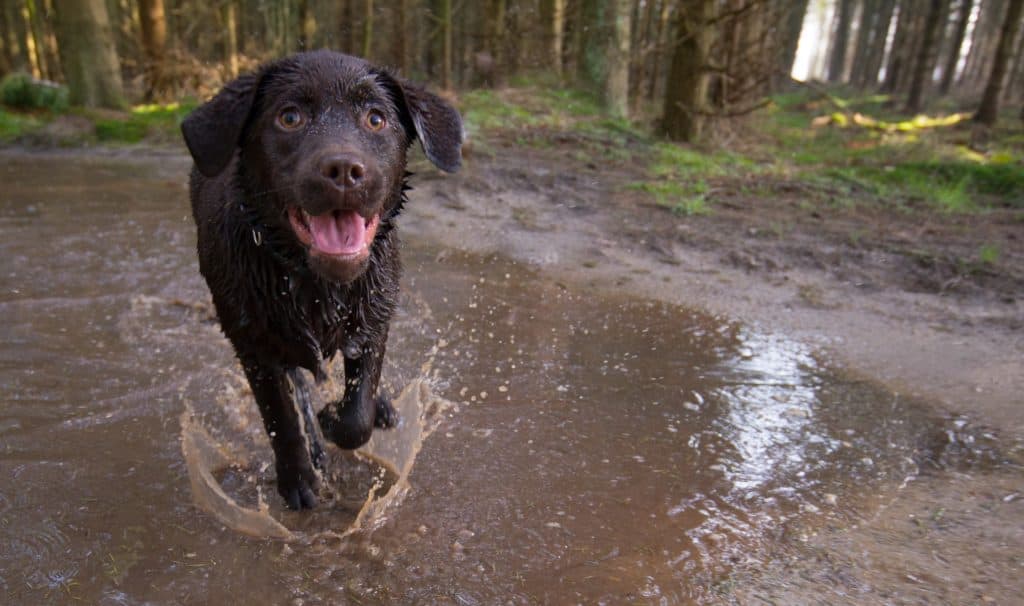 The recall can be one of the hardest commands in which to establish a reliable response.  Your dog must see you as his leader and want to come to you.  You have a lot to compete with: the squirrel in the front yard, the children playing in the street, the blowing leaves, all the smells in the outside, etc.  Your dog must want to come to you.  To establish a reliable recall, it is important to have established a reliable response to several other commands already (SIT, DOWN, HEEL, PLACE).   The COME command is possibly the most important command you can teach your dog; it could be the command that saves your dog’s life.  When introduced, you should do the recall command on-leash ONLY.  Teaching a reliable response to an off-leash recall will take time and should not be rushed. NEVER call your dog to you to punish him.

Start your dog off in a SIT.  Walk to the end of the leash and face your dog.  Say your dog’s name, and then the word “COOMMME.”  As you do, use a lot of body language.  The formal hand signal is your arm moving toward your chest as if you were waving your dog into you.  You may use both hands in the same waving gesture.  Use as much excited inflection in your voice as you can.   If your dog begins to move toward you, motive him along by saying, “That’s it,” or “There you go.”  As he reaches you, tell him to “SIT.”  Once he has reached you and sat, shower him with praise.  Remember to praise him every time he successfully comes to you.  If he does not come to you on his own, you will want to do the following: 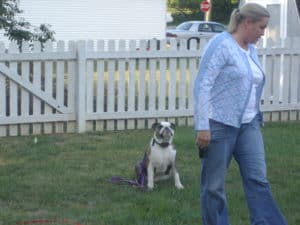 After giving the command, begin to back up in a series of quick, short steps.  Pat your legs, and continue to motivate him along.  Once your dog is focused on you and heading directly toward you, stop moving.  If he becomes distracted or veers away from you, continue to back up while changing directions slightly.

Once your dog reaches you, give him the SIT command.  He should sit directly in front of within two feet (close enough so you could remove an object from his mouth).  Once he is in the SIT command, all rules for SIT are implied.

Always praise your dog for a successful COME.  Give him vocal praise while he is holding his command.  Have him hold the command for 2-3 seconds, then release him and give him lots of physical praise.  The greater the reward for coming to you, the more likely your dog will repeat this command. 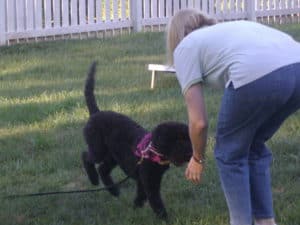 When giving a correction for the COME command, be sure to issue it directly toward you.  In addition, please remember you cannot give a correction to your dog unless you are convinced he knows the command.  You will know this if he can do the command for you three to four times in a row without any help from you.

If your dog does not come when called, give a quick correction toward you as you move backward. Tell him, “No, COME,” begin to motivate him as soon as he starts to move.

If your dog veers away from you or begins to sniff the ground, give him a quick correction toward you and change direction as you move backward.