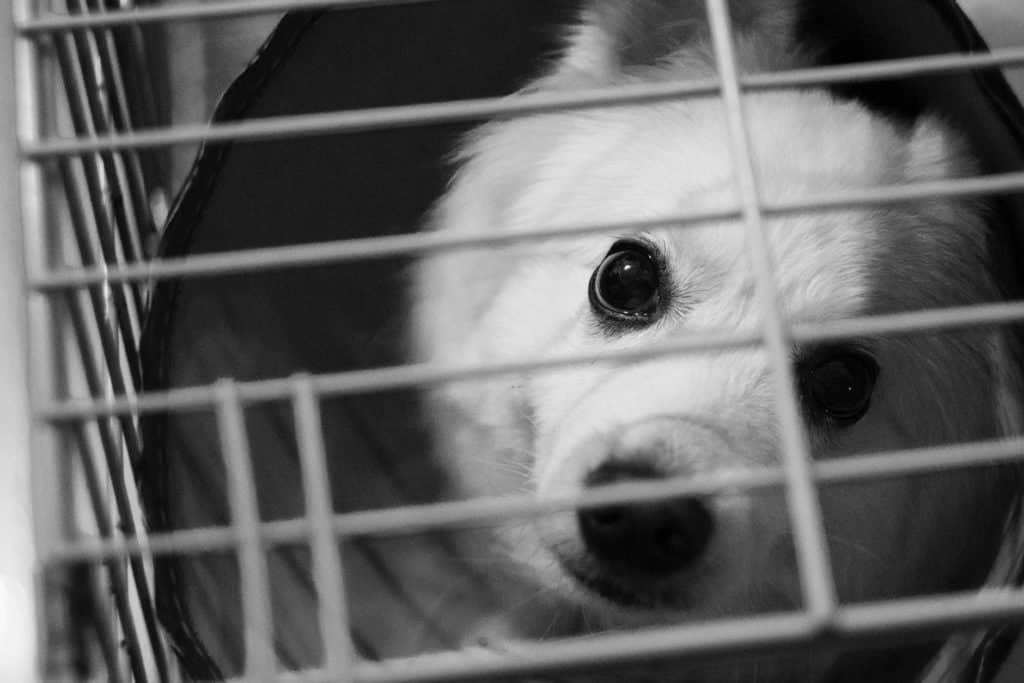 Your dog will need a den, a home of his own, where he can get away from it all and recharge his batteries. That’s what’s involved with crate training.

Crate training has many advantages.  Aside from giving the dog a den, we will use it as:

The crate should be large enough for the dog to stand up, turn around, and lie down in comfort.  It should not be so large that he can sleep in one end and use the other end as a bathroom.  If you got him a larger crate than he needs right now, you could temporarily block off a portion of it.

Helping your dog adjust to the crate 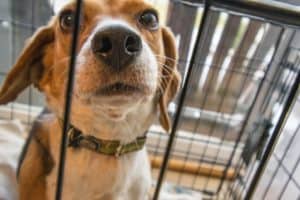 If the dog has already had some crate time before joining your family, the adjustment to the crate at your home should be relatively easy.  Even if he has not been in a crate before, some dogs will adjust quickly.  For those that have never been in a crate before, we suggest the following approach to help the dog get used to his new den. You can easily cover the following steps in a day or less.

Set the crate up.

Then take the dog to it and let him investigate.  Show it to him while talking in a happy excited voice.  Rattle it a little to show him that it may make a noise.  Have a few treats inside it and reach in to get him one.  Take him away from the crate for a short period and then return to the crate and reach in to get him another treat. Repeat until all treats are gone from inside the crate.

Teach your dog a command for the crate.

Put the dog in with the command “In your crate” or “In your bed.”  Use a happy, excited voice.  Once in, praise excitedly and reward him with a treat from your pocket, then let him out.  Do this 3 to 5 times.

Command the dog into the crate, praise, give a treat, and close the door with him inside.  Pet him through the side of the crate.  Praise and let him out.  Do this 5 times.

Command the dog into the crate, praise, give a treat, close the door, and leave the room for 5 seconds.  Return, give him lots of praise, and let him out.  Do this 5 times.

Put the dog in the crate, praise him, give him a treat, and leave the house for a short period of time.  Each time you leave the house, it can be for longer periods of time.

The quickest way to accustom the dog to his crate is to keep it in the bedroom and crate him at night.  After he is accustomed to sleeping in the crate, you may move it to the kitchen or another part of the house. 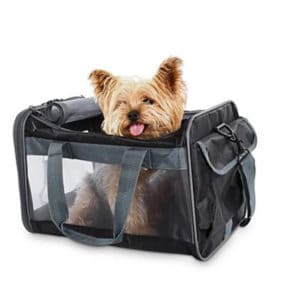 You should no more allow a new dog to roam around the house unsupervised than you would allow a toddler to wander in similar circumstances.  For reasons of safety, if for no other, you must keep an eye on both.  When something demands our attention and we cannot keep an eye on a toddler, we put him briefly in a playpen, or we plan things around his nap time while he is in his crib.  With a dog, we similarly use his crate.  Some other suggestions as to how you should use the crate are:

During the training process, always give a treat for getting in the crate.  Once trained, the treat is no longer necessary every time.

Do not be apprehensive or apologetic to the dog for putting him in the crate.  Be matter-of-fact about it.

If the dog has an accident in his crate, do not punish him for it.  He has been punished enough by having to stay in close-quarters with his accident.  Take him outside, and then clean the crate.

Please do not punish the dog while in his crate.

When your dog is not confined in the crate, leave the door open so he can have access to it at will.

Make it a point to have the dog spend some quiet time in the crate each day.  This should be other than the time he spends sleeping in it at night.

Barking in the crate 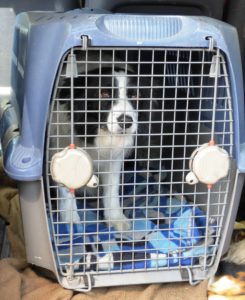 Dogs confined in a crate may bark to be let out.  If the dog is let out while he is barking, he will be rewarded for this behavior and, therefore, bark more often.  To cope with his barking, teach him to respond to the command “Quiet.”

Tell the dog in a stern voice, “QUIET.” Suppose the dog is quiet for 5 seconds, praise and let him out.  Slowly increase the time he must be quiet before you let him out, gradually working up to a minute.

If he does not be quiet when you tell him, you can use either a spray bottle of water or take ½ glass of water and toss it directly in the dog’s face as you say “Quiet” in a normal voice.  Likely he will be startled and will stop.  After the dog has been quiet and settled for a brief period, let him out of the crate.

After a few repetitions with the water, just saying “Quiet” and leaving the glass of water in sight of the dog will be enough.

Here are some additional tips that will help when crate training your dog.

During the day, keep your dog crated in the room where you will be spending most of your time.  Doing so will allow your dog to watch you as you go about your daily activities.

At night, keep the crate in your bedroom.  This will help your dog bond with you and allows you to stop any whining or crying the dog may do during the first couple of nights.

If the dog does cry, cover the crate with a towel or blanket so he cannot see you.  When he begins to cry, whine or bark, reach over and give the crate a brief but sturdy shake.  This “earthquake” should stop the dog’s vocalization.  It may take some work, but eventually, the dog should begin to think that his vocalization is the cause of the “earthquake.”