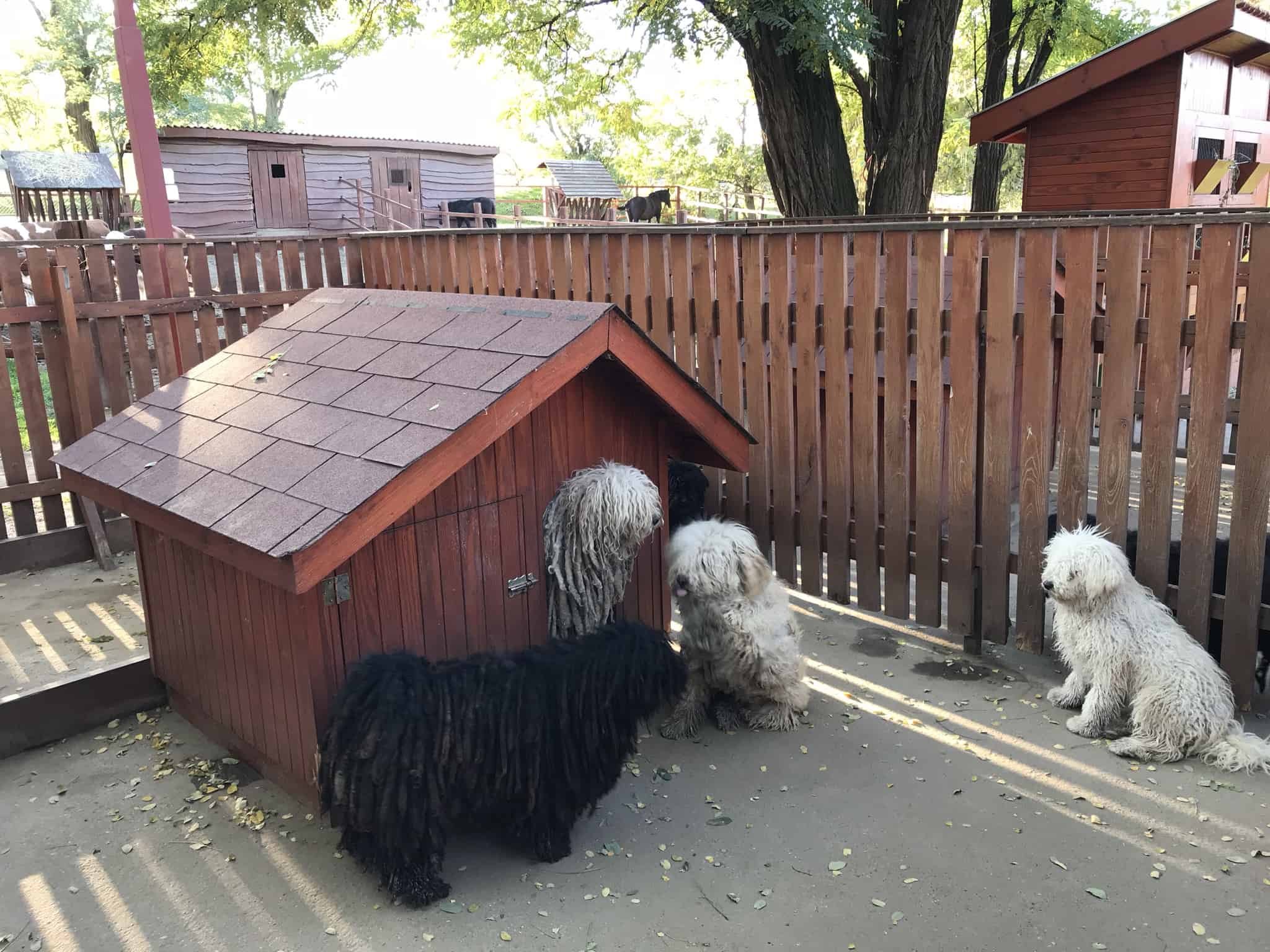 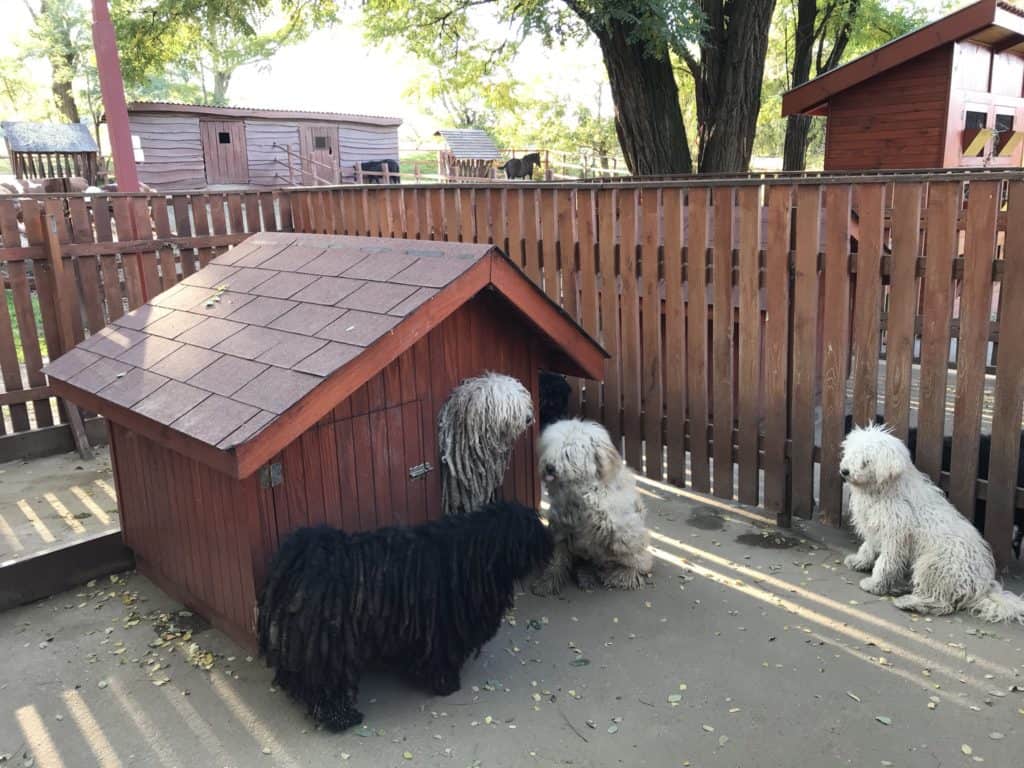 While in Hungary we decided to take a side trip to horse country to see one of the native breeds of dog, the Puli.  Domonyvolgy is the home of the Lázár Equestrian Park.  This region is situated about 35 kilometers from Budapest, in the heart of the hills of Gödöllô. The Lázár farm takes great pride in the role horses have played in their nation’s history with the mastery of the Magyar horsemen. 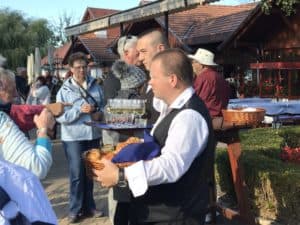 When we arrived we were greeted with Hungarian biscuits and palinka.  Palinka is a native Hungarian brandy, distilled from a variety of fruits including apricot, cherry and plum.  And, from my understanding, it’s pretty strong stuff…at least that’s what my owners’ face was telling me. 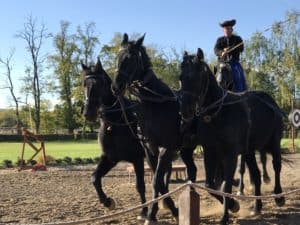 I’m a little afraid of horses but the horse show was super cool to watch with the symmetry of horse and horsemen as they performed a variety of skills and tasks.  The Puszta-five, the Lázárs’ signature trick, was my favorite.  Here the rider stands on the back of two horses, with another three in front, and drives all five as if he were in a coach. It sounds impossible, but you can see from the photo it was done.  The announcer mentioned that five horses was not the highest number under the control of a rider.  The Lázárs’ have demonstrated controlling 14 of these beautiful Hungarian Nonius horses. 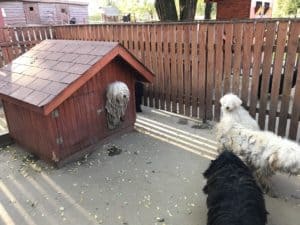 The climax of our visit to Domonyvolgy was the Pulis, a Hungarian sheepdog introduced by the migration of the Magyars from Central Asia more than 1,000 years ago.  This breed was used for both herding and guarding livestock. Most of the time the Puli would work with another Hungarian breed, the Komondor.   They would work as a team with the Puli herding and guarding during the day and the Komodor constantly moving around the flock at night, patrolling the area. When wolves or bears attacked the livestock, the Puli would alert the pack and the Komondor would come and fight the intruders. Pulis were also good at fighting off wolves, because the thick dreaded coat they have protects their skin from being bitten.