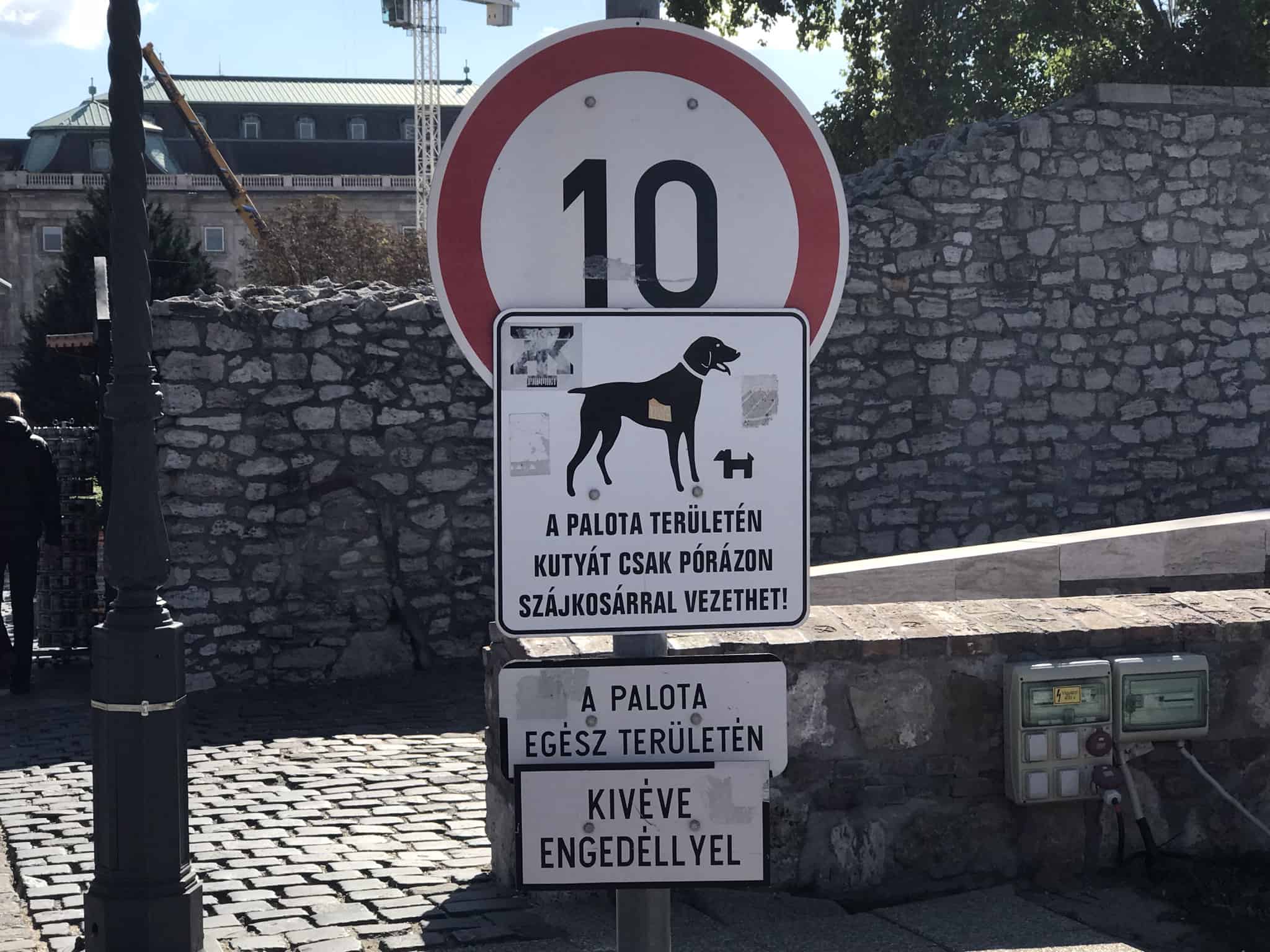 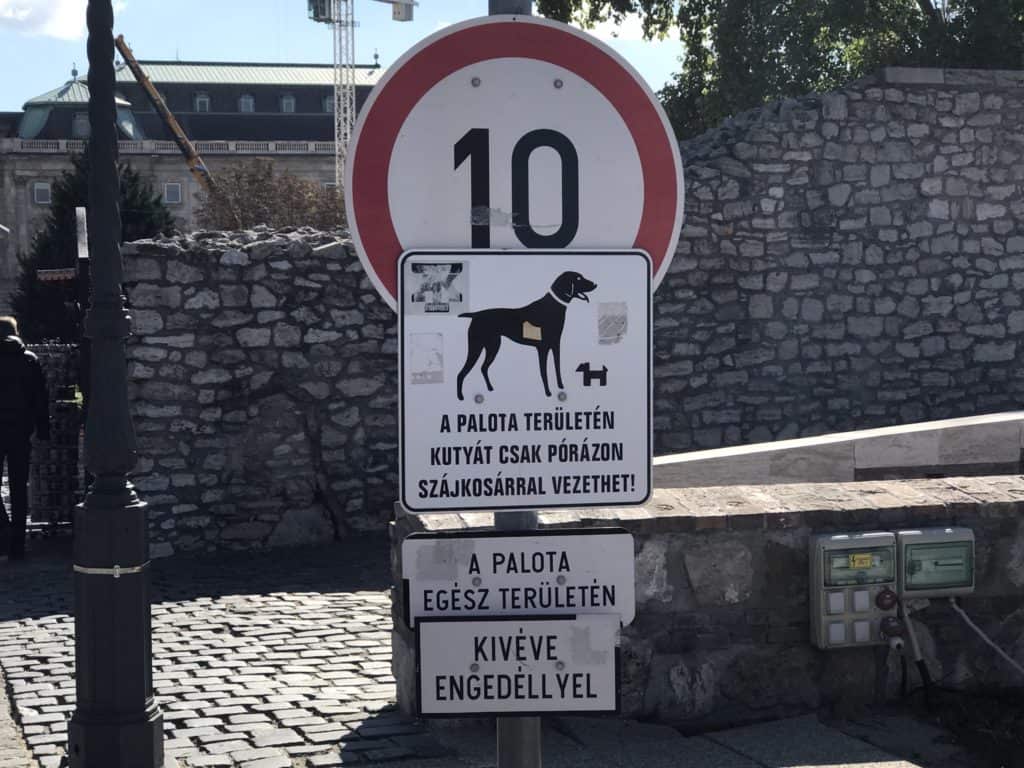 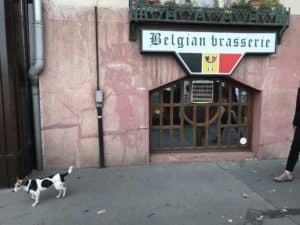 Right in the heart of Europe sits the landlocked country of Hungary.  This is where such famous breeds of dogs as the Puli, the Komondor, Visla and Kuvasz were created.  On our trip to Hungary we set about discovering the dogs of Budapest.

Budapest spans both sides of the Danube River and was historically two cities, Buda on the east bank and Pest (pronounced “Pesht”) on the west.  It is brimming with history, culture, and dogs. 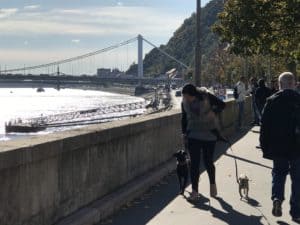 Dogs are everywhere–at outdoor cafes, outside grocery stores, and even on the transit.  Autumn and I met quite a few just walking down the street, many of which were off leash (although that really isn’t legal). 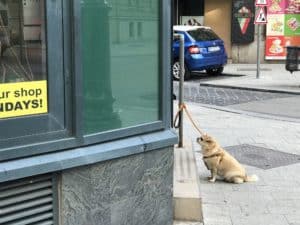 Don’t get me wrong, there are locations where dogs are not allowed but these are usually indicated by a sign.  At these locations most dog owners tie their dog’s leash around a railing and go inside to shop.  What amazed us was that no person came over to pet these dogs or showed any concern for them being there. 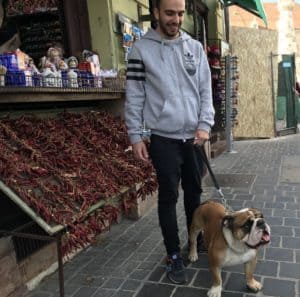 Most of the dog owners were very friendly.  They did find it strange that our owners were showing interest in their dogs but once they got past the initial shock, they answered all our questions.

George, the bulldog on the left, hasn’t received any formal training.  Rather his owners have been taking him everywhere since he was 9 weeks old.  Since George was so accustom to being around people and not being petted by them, he was a little reserved when our owner started 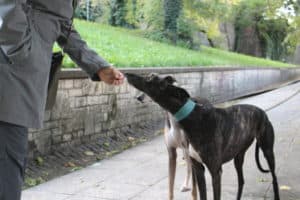 talking to him and put her hand out for him to sniff.  (By the way, check out George’s face.  It isn’t as mushed as most of the bulldogs in the United States.)

Zoey and Scarlet, the two greyhounds on the right acted pretty much the same as George.  They are walked every morning and night around one of Budapest’s top attractions, the Fisherman’s Bastion. 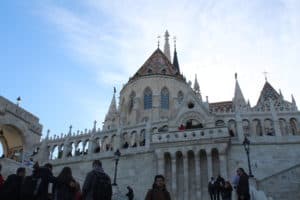 This decorative fortification was built in the 19th century to serve as a lookout tower to celebrate the 1000th birthday of the Hungarian state.  It was inspired by the architectural style of the early medieval times (Neo-Romanesque) approx. the year 1000, when the first Hungarian king started his rule. The 7 towers of the monument feature the 7 Hungarian chieftains who had led their tribes to the present day Hungary to settle down in 895, and an impressive statue of St Stephen who was the first Hungarian king. 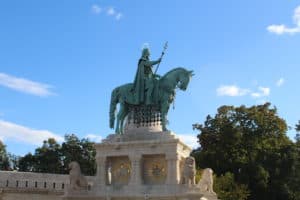 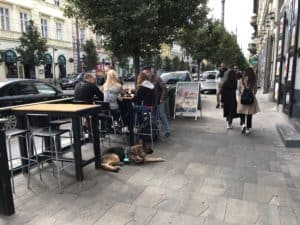 It was nice to see dogs joining their owners at meal time.  There are quite a few outdoor cafes for humans to eat at.  This German Shepherd’s owners were eating kurtoskalacs or chimney cake and Lángos, a common street food in Hungary which is a deep fried flatbread served warm with sour cream and grated cheese, rubbed with garlic or garlic butter, or doused with garlic water.  It smelled wonderful and the German Shepherd said it really tastes super.

Next in this series:  Domonyvolgy, Hungary