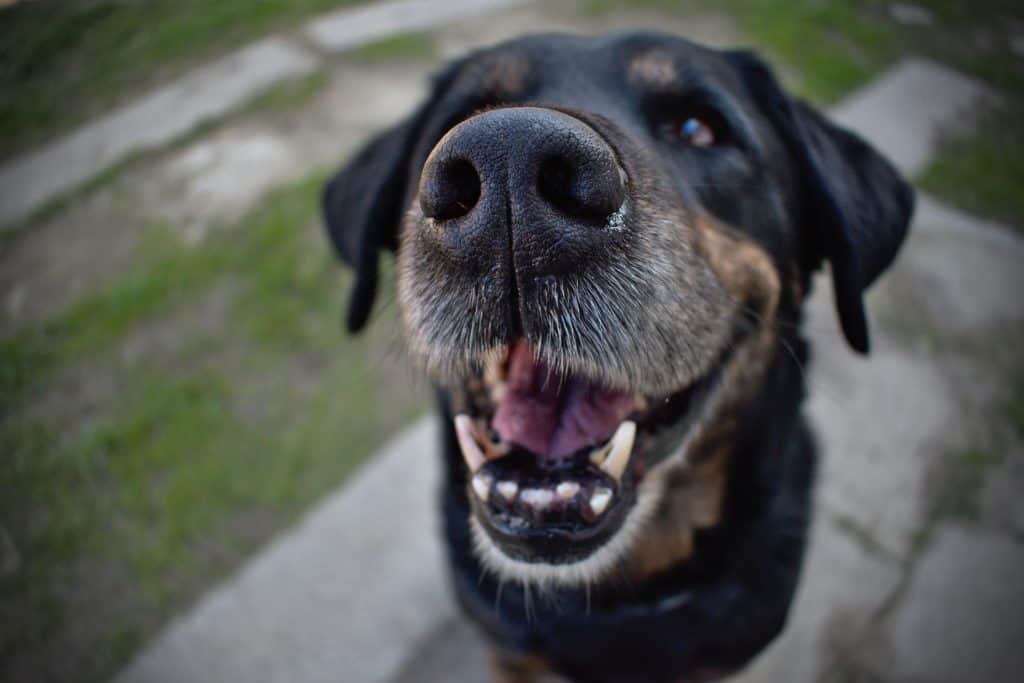 Exercising self-control is the basis of good social behavior, and most problem dog behavior is rooted in a lack of it.

An article published in 2007 in Current Directions in Psychological Science by Roy F. Baumeister, Kathleen D. Vohs, and Dianne M. Tice titled The Strength Model of Self Control illustrates some fascinating and important parallels between self-control and muscle strength.

Self-control is the measure of an animal’s ability to control its emotions and desires, the ability to override the impulse to obtain a delayed reward.  Self-control is important in social interactions because it allows animals to alter their behavior to follow the rules, maintain social bonds and cooperate with others.

The strength model of self-control states that:

So what does this have to do with dog training? Everything!  Exercising self-control is the basis of good social behavior, and most problem dog behavior is rooted in a lack of it. 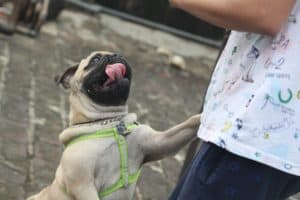 How do you help a dog learn to exercise his self-control?

These other mental functions are also important because they allow us to cross-train a dog’s self-control powers.  Studies have shown that when human beings make efforts to control themselves in one part of their lives—even simple ones like maintaining good posture, using proper grammar, or using a non-dominant hand to do simple exercises—their ability to exercise self-control in difficult situations increases in a measurable way. 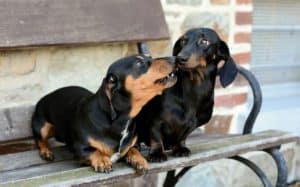 It isn’t unusual for clients to tell me that they don’t want to bother teaching their dog those pointlessly complicated, time-consuming formal obedience exercises.  They want Fifi to quit attacking the mailman.  But research shows that this kind of work is important.  Training Fifi to sit and heel accurately, come to a straight front, wait to be released at the door, navigate obstacles and other seemingly unrelated tasks helps her build up the self-control resources she needs to resist the lure of the mailman’s oh-so-tempting ankles.

This points to one of the great, and I think previously unrecognized, strengths of the “Nothing in Life is Free” or NILIF programs—because when we implement them properly, we take away many of the dog’s opportunities to make choices, leaving more resources available for executing self-control.  Think of NILIF as a self-control savings account.

So, science shows us that a combination of regular physical and mental exercise and consistent practice of self-discipline combined with rest and good nutrition can help make you—and your dog—more cooperative, less reactive, and better able to resist temptation.  And based on my experience—it works.

Nothing In Life Is Free Program

Last fall, foster dog Charlie arrived at our place.  The first time I met Charlie, he shrank back and gave me the evil eye.  The first time he met my husband, he threw a tantrum.  The first time I tried to leash him up and take him out of his kennel, he tried to bite me.  Charlie snarked and snarled at any dog that came near him, and he went ballistic if you tried to groom him.  He also had stunningly creative eliminatory habits.

I put Charlie on a strict NILIF program.  The boy worked to earn every crumb of food he ate, every bit of a walk, every toss of a ball, and every iota of attention he got.  He had to navigate mental and physical obstacles in structured exercises every day.  He ate high-quality dog food, and there was always clean water in his kennel.  He got plenty of rest and exercise, and I made sure I didn’t overtax his resources.

Today Charlie lives in the house.  He runs loose with our dogs, our chickens, and our guests.  He cheerfully lets us brush him, trim his nails, clean his ears and brush his teeth.  He’s gone from being a horrid little dog to being a very likable pet, and I didn’t need a magic wand or behavior-modifying drugs to get him there. 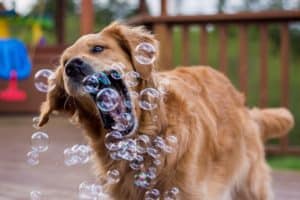 Janeen McMurtrie is the owner of Smart Dogs Training Center in Red Wing, MN, and is a Professional Member of IACP.  Read more from Janeen at http://smartdogs.wordpress.com.