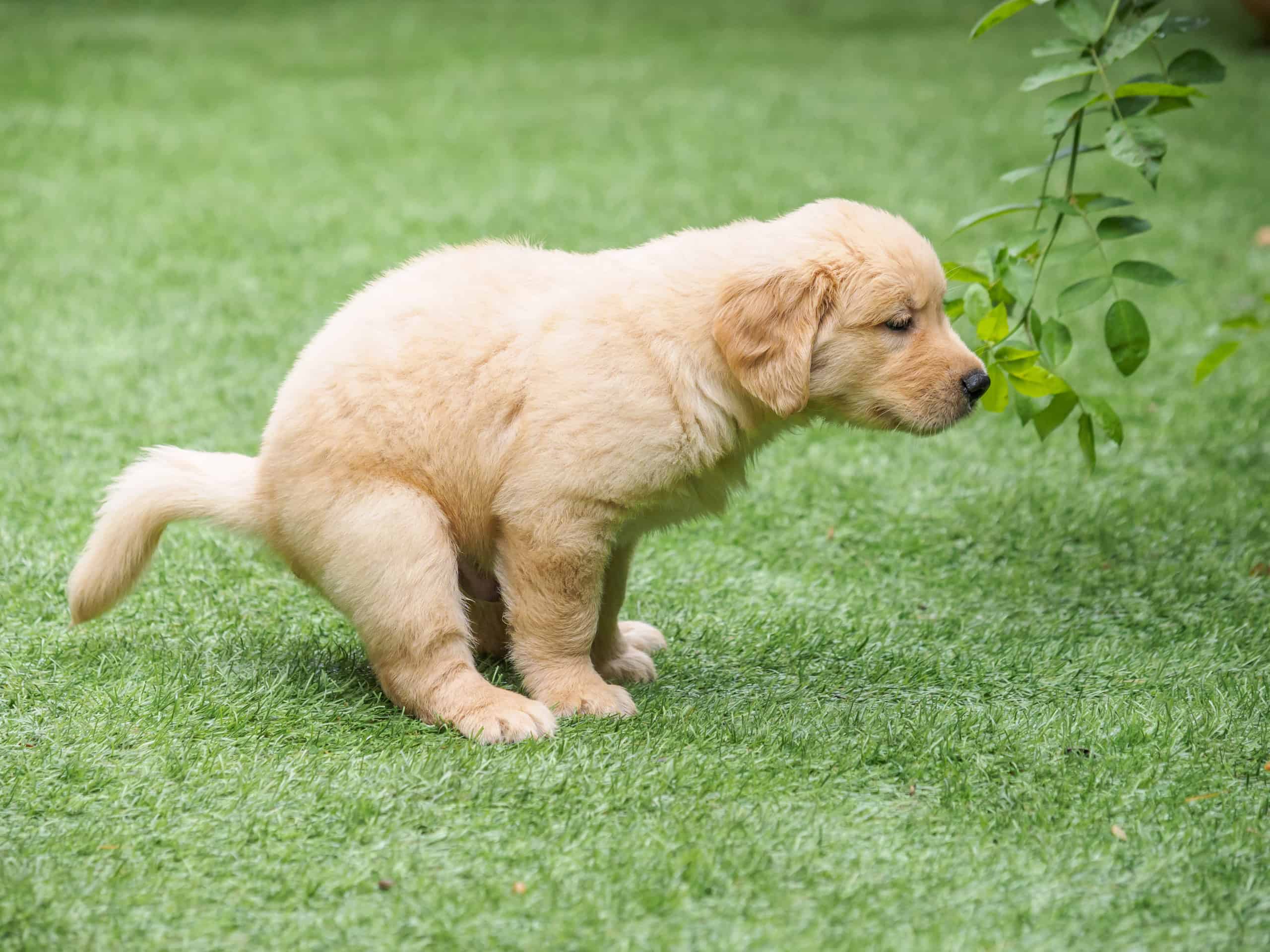 In the old days, dog owners “housebroke” their dogs, pushed their noses in mistakes, and screamed in rage when the pooch made a mistake on the rug again. Today we’re more enlightened.

Housebreaking takes a combination of effort, understanding, and direction on everyone’s part.  It requires consistent conditioning and repetitive exercises for several weeks and may take up to six months before your dogs can be 100 percent housebroken.

Realize that a puppy should have a schedule, that you should take him to his outside relief spot the last thing at night and first thing in the morning and after meals and naps, and that he should be praised when he does his duty.

When taking the puppy to his outdoor spot, please don’t play with him or allow the children to do so. 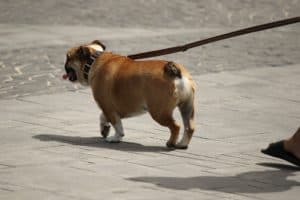 If the pup does not relieve himself, put him in the crate for a few minutes, then try again. Most puppies will not soil in their crates if they can help it.

Accidents may be due to disease; at some point, have the dog checked by a vet.

Keep the dog in a crate, only allowing out to eat or to eliminate.  Take out when you get up in the morning, 1 hour after the dog eats, every 3-4 hours during the day, 1 hour after the dog eats again, and before you go to bed.  To encourage elimination on command, repeat the elimination command in a soothing voice while the dog is eliminating.  This is done with the dog on the leash.  Praise upon completion and allow dog supervised “free time” in the house.

Each day continue to keep the dog in a crate with the same stipulations but allow the dog out for 15 supervised minutes in your home after eliminating outside.  Increase time out by 15 minutes each day if no accidents occur; still supervising your dog whenever it is out and continuing the elimination on command routine.

If the dog has an accident, startle the dog with a clap of the hand or other method. Don’t punish.  When the dog looks at you, give elimination command in a pleasant voice and take outside to “potty spot” on leash.  Give elimination command and wait 10 minutes.  If the dog does not eliminate, don’t say anything but put it back in the crate.  Clean up the accident with vinegar or bleach solution and follow up with enzyme cleaner allowed to dry on own.  Return to the previous amount of “free time” for one day. 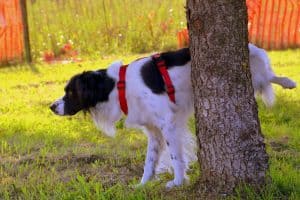 Be consistent and persistent with routine.

Try not to show emotion if the dog has an accident. Rather, have “house” give the correction.

The dog is in a crate unless you are supervising it.  No exceptions.

It usually takes from 10 – 14 days for a dog to change its pattern.

To assist you with housetraining, here are a few tips to help you with the process.

Failures in housetraining are human mistakes, not puppy errors

The puppy does not understand that carpets are for walking, not bowel relief. If eight-year-old Steve is told to take Sam outside after the pup finishes his dinner and Steve is busy watching television and says “in a minute” or ignores the request altogether, and if Sam then dumps on the floor, it is not the puppy’s fault. It is also not the child’s fault. Mom or Dad tried a shortcut by making the child responsible for the dog’s behavior, and that never works.

Effectively housebreaking a puppy requires consistency and good use of positive reinforcement. Make sure everyone in the family is on board with the process. This ensures that the rules are adequately followed and will not result in the puppy’s confusion.

While the puppy relieves himself, give him praise, and only after he completes the task should you give him a treat. Otherwise, the puppy might incorrectly associate relief with receiving a reward and expect a treat every time he only gives a squirt. Correctly using treats will increase the chances of the puppy repeating the desired behavior in the future.

Once you’re fairly confident that the puppy understands where to relieve himself, scold him for mistakes, but don’t spank, scream, or push his nose in the mess. The spot should be cleaned up, preferably with an enzyme odor eliminator. (If the pheromones are left untended, the dog will find them again, even if people cannot detect any smell.)

Did you enjoy this post?  Get more great canine information by signing up for Spike’s Dog Blog by Acme Canine.