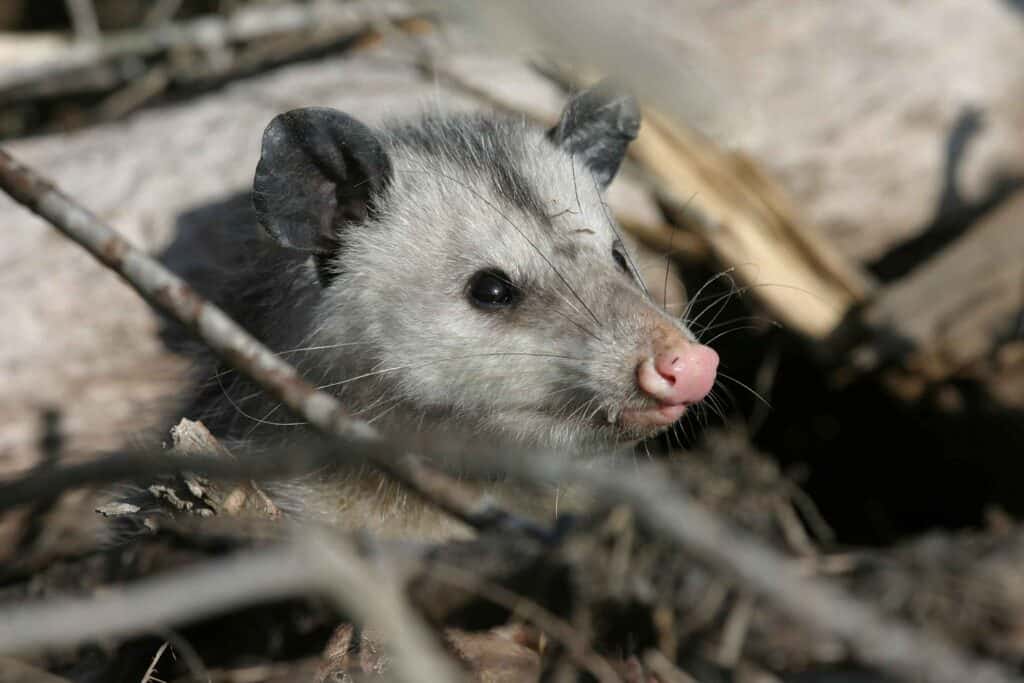 A common concern among pet owners is that a wild animal like an opossum will attack their beloved dog. And since wildlife intruders are not uncommon on human properties, this is a somewhat valid concern.

Generally, we tend to gravely exaggerate the levels of aggressiveness in wild animals, simply assuming they’ll automatically lash out at anything that moves. Most won’t, but it’s good to do your research. This means familiarizing yourself with the wild animals you’re most likely to encounter around your property, as well as the dangers they pose to your pets. 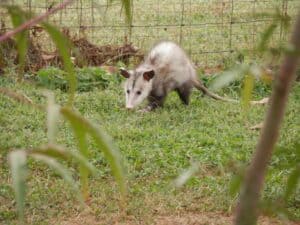 Opossums are quite common wildlife intruders who are typically attracted by the edibles on your property. They are docile creatures and are mainly unlikely to attack you or your pets, so you don’t need to worry about that.

Like many small to medium-sized wild animals, opossums prefer to flee than fight since they know their chances aren’t that great to win. So mostly, they will keep to themselves and avoid confrontation.

Will an opossum attack my dog?

Yes, an opossum may attack your dog in rare instances, but only if it sees no other choice. Opossums and dogs have a problematic relationship, made so by the fact that dogs will naturally bark at anything that attracts their attention, and that includes opossums.

In turn, this can make the opossum feel threatened, which may lead it to bite your dog in self-defense. Remember, though, that an opossum will never bite your pet (or you) randomly, for no reason.

What can you do? 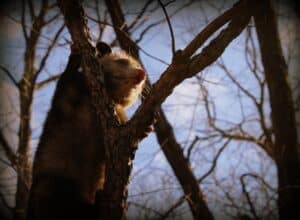 If an opossum is lurking around your property, you will probably want to get rid of it as soon as possible. Wildlife removal companies like Complete Wildlife Removal Wyoming offer speedy and humane possum removal, as well as restoration of the property, in case of any damage caused by the wild animal in question.

As we’ve seen, opossums aren’t aggressive and so shouldn’t be treated harshly. Ideally, try to humanely remove an opossum from your property, using a device such as a live trap or scaring them off. You can do this manually or by using an opossum deterrent. Alternatively, you may attempt to remove the opossum yourself. Visit pestwildlife.com to learn how to scare possums away and let this become a concern of the past.

The removal method you choose will depend on how comfortable you are around wildlife and how easily you get scared. If you’re squeamish, you might not want to attempt removing or scaring off of the opossum yourself.

There are several things you can do to make your property less opossum-friendly. For instance, you might want to remove wood log piles and cut down tall grass to make the opossum more visible. When a wild animal knows there’s a high chance of detection, it’s less likely to bother you and your property.

You may also want to invest in sealable trash cans, which are challenging to topple and reach, and in turn, discourage the wild animals from trying to obtain the food within.

Lastly, some prevention steps for your pet; if you’re worried about your dog being bitten by wild animals, you could try training it to ignore distractions. While this is difficult, reducing your pet’s tendency to bark and chase after everything that moves helps keep it safe.

Remember that opossums (and other wild animals) won’t attack unless they have no other choice. So by keeping your dogs away, you give them that choice and keep your pets safe from wildlife.

Laurel Tied is a dog-lover who has spent her whole life researching how to keep dogs best safe and healthy. She is the guru to all things dog, from grooming to training.