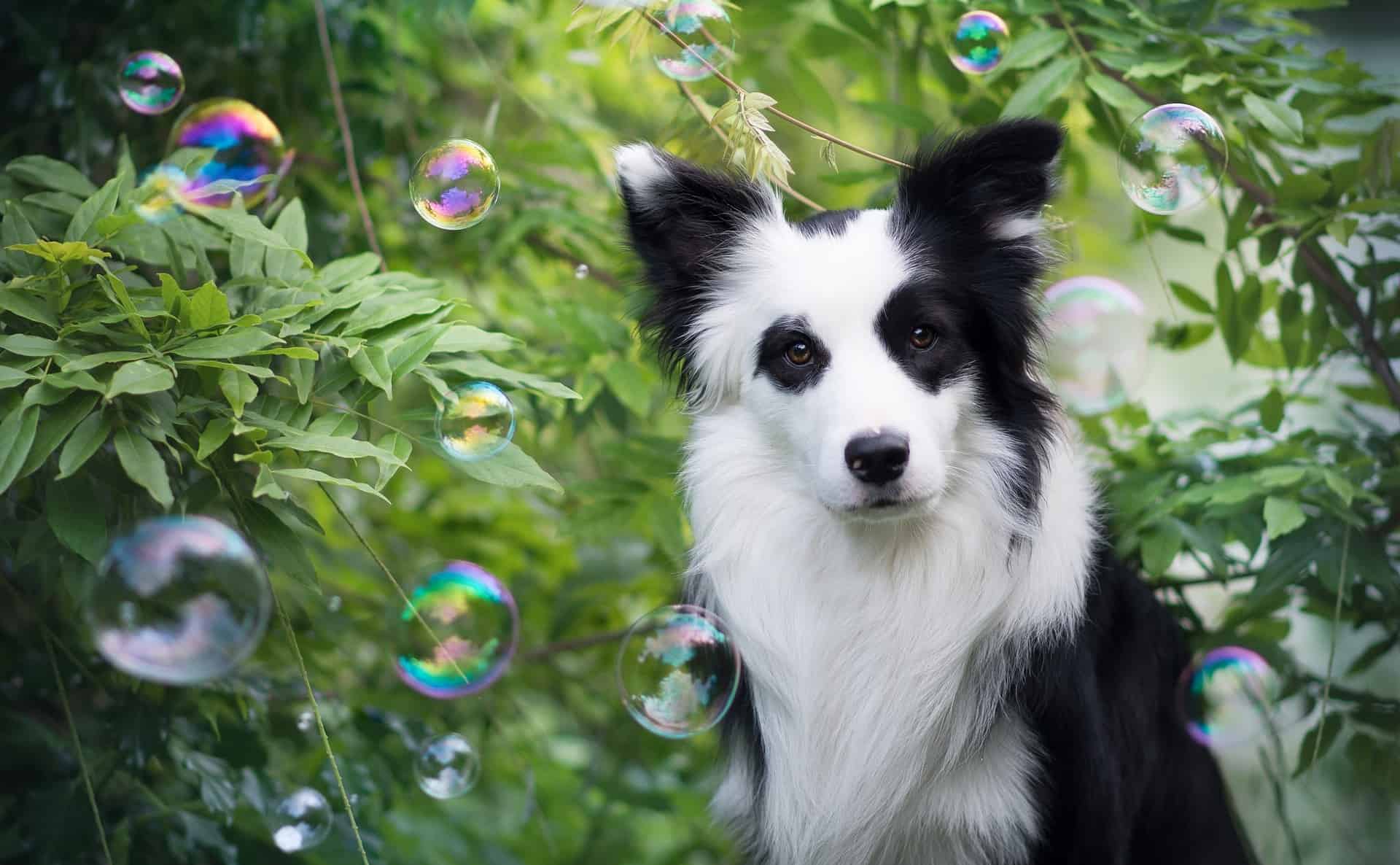 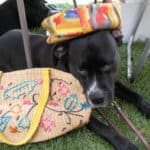 Today at the park I was running around, having fun, sniffin’ things… you know, the usual! Well I’d just gotten done telling someone hi with a friendly wag when I heard a small child start to whine. Usually I like to go over and comfort them with a nice little lick, but as I looked over I saw the kid lying on the ground and a man pulling on the leash of some big brown dog. The dog looked friendly enough, but he seemed rather insistent on running back towards the child who lay on the ground crying as his mother tried to comfort him. This was a situation I’ve seen all too often. Many dogs, larger ones especially, weren’t taught how to properly behave in their younger puppy years. This isn’t uncommon, they may actually be well trained, but some habits that they develop carry over into adulthood and cause problems. As a small puppy they may have just been little things, but once they are grown, they turn into big problems!

Maybe as a puppy this was cute, but when the dog gets big it’s the last thing you want

I looked over at the dog with his tail wagging and a big smile on his face. I knew he had just been trying to say hello. The problem was that he was used to “big people” and had basically run the small child over when he tried to jump up on him. This is one of the most common problems you will see in puppies: the owners teaching them it is okay to jump up. Maybe as a puppy this is cute, but when the dog gets big his jumping is the last thing you want. Even a small dog can cause a small child to fall down and get hurt, but a large dog can really hurt someone. Just think of what may have happened if he’d jumped up on your aging grandmother! 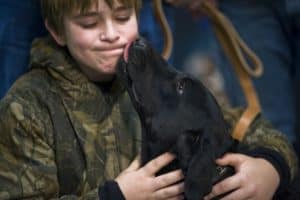 Another mistake made in puppy training is allowing puppy kisses. Now these, personally, I love, however, puppy tongues may be cute, but big large ones are not. Think of the last time you appreciated kisses from the drooling Labrador. You can’t can you? Other than such licks being unwanted, they also cause the same problem as jumping when it comes to little kids. A large dog running up and licking them all over the face may cause them to fall and hurt themselves. You may teach your puppy to give kisses, but only allow them to do it when asked! This ensures they hold their licker in check for those who really don’t appreciate it.

There are also size issues which people don’t tend to think about until it is too late. Think of the difference between a puppy and a larger sized pooch jumping on your couch. Big paws don’t tend to do the upholstery justice and can actually cause you to need new furniture. What about begging? Little dogs that can’t reach your knee are cute and have adorable puppy eyes, but once he is able to reach the table you better watch your dinner plate.

These are only a couple of common problems that a puppy is often taught, but shouldn’t do as an adult dog. There are a number of other issues that people don’t seem to even know exist, especially when it is your first puppy. Always start training from early on so that your puppy grows into the sweet and polite dog you had always hoped for!