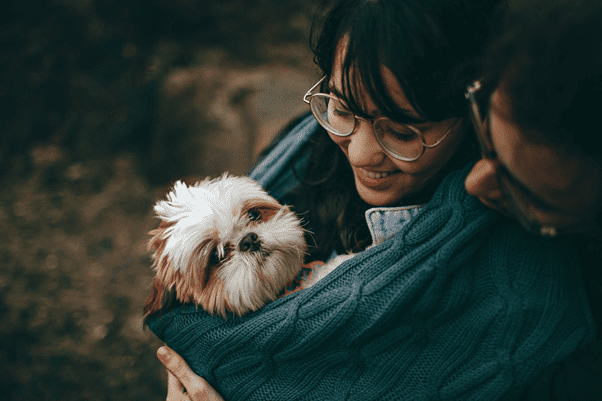 Teaching names takes 1-3 days for puppies. However, you should use their name throughout training sessions to maintain consistency.

When you acquire a new dog, it may feel like the last item on your to-do list is to teach them their name. However, it is important and beneficial for you both. Remember that everything your puppy thought they understood about the world during their first few days with you has been changed entirely.

The house they were familiar with during their first few weeks of life is no longer there, and in most instances, even the name they were given at birth has been changed to something else. It is your responsibility to train your puppy. It is a huge thing and maybe a little daunting occasionally. What is the best place for a new puppy parent to begin?

How do you choose the right name for your puppy?

What about starting from the beginning? A dogs name is important, and you should teach them to react to it. There are some popular dog names you can get from the web. It is entertaining, not too harsh, and will assist you in future training sessions with your puppy.

The name you choose will often reflect your pet’s character. A short name that is easy to say, hear, and recognize is ideal and the best for getting your pup to respond. Avoid choosing a name that is too long or difficult to pronounce. Also, avoid any names that sound similar to a basic command.

Try to stick with just two syllables. Anything longer, and you will probably end up shortening it. This would mean the dog would hear you call them by more than one name, which can be confusing. Finally, avoid any names that have a negative connotation.

How to Teach Puppies Their Name

If you say and use your puppy’s name often, they will automatically learn it with minimal effort.

It is very beneficial to both you and your pup if you approach it in a well-structured manner with specific goals in mind.

You can teach your puppy its name with the following procedure and get their attention in almost any circumstance.

Make sure to start the procedure when it is just you and your puppy at home alone, with no distractions, and with a bag of goodies to utilize as a reward for the efforts.

When your puppy is weary, over-excited, or excessively distracted by anything, wait until they are calm and start when you have their attention.

In a warm and cheerful voice, call your puppy’s name to gain its attention. After a bit of delay, attempt again, making a quick clap with your hands or kissing sounds to attract their attention. If you are unsuccessful, keep trying and give it some time.

You should immediately acknowledge the behavior by using a word like “good” or “great.” Or you can use a clicker to reward your puppy for doing so.

After that, offer a little food as a reward and lots of praise. This kind of positive reinforcement initially motivates the puppy to look at you when you call them (by name). When you start getting the attention you want, go to intermittent treats but always continue to offer verbal praise.

Give Some Time and Try Again

Allow your puppy to shift their focus away from you and then say their name one more time to encourage them. Repeat it as soon as they glance at you and you have their full attention. Then reward them with food treats and more positive reinforcement.

Repeat these steps multiple times a day daily. Your puppy will quickly learn that responding to his name results in a reward, and he will look at you when you say his name. Consistency is important, so you want to reinforce this behavior several times. This way, you can begin to see a solid and automatic reaction. Treats won’t be necessary once the dog begins to respond to their name just for the praise you give them.

It is essential to vary the locations where you teach a dog its name. However, because it is still early in the game, only do it when you are alone, and there are few distractions around as we want to set our puppy up for success.

Their attention span is concise! So, for the time being, practice in various parts of your home and backyard. When they begin responding to their name, feel free to change locations. For example, you could go to the other side of the room or yard.

Take some Time before Rewarding them

It would be best if you now made an effort to lengthen the period your puppy pays attention to before rewarding him.

Start by calling your pup by his name, acknowledge him as soon as he looks at you but wait two seconds before rewarding him so that he has to maintain his focus on your face for a more extended period. Repeat this step to increase the time.

To appropriately reward your puppy, you should ultimately be able to persuade him to pay attention to you for at least five seconds. If your puppy cannot maintain focus on you at any point throughout the session, reduce the duration of the session to two or even one second during the three-second stage.

Suppose you make great progress too quickly. In that case, your puppy may not be able to keep up and may get discouraged at their failure, eventually losing interest.

Once your puppy has mastered giving you five seconds of uninterrupted attention throughout the house and backyard, it is time to increase the difficulty level again by adding some distractions.

Another person in the room, such as a kid playing, a toy, or anything exciting that will hold your puppy’s interest, can help to distract him. Call your puppy’s name when he has completely lost attention.

You should gently bring your puppy over toward you and call their name again. Continue doing this if your dog ignores you after calling their name. Please note the behavior and reward and praise them as soon as they heed your instructions.

His ultimate favorite reward is some chicken, liver, or anything else available. If he redirects his attention away from a chew toy or another person and toward you when his name is called, you want to give him a prize.

It is important to remember that you are attempting to be more enjoyable in his eyes. It entails a high-value reward and a great deal of praise and enjoyment.

What not to do

Now that we know what steps to follow when teaching a puppy their name, let’s take a closer look at a few things you should avoid during dog training.

When dog training, don’t practice off-leash in a fenced-in yard or somewhere that can cause great distractions. Keep your pup on its leash.

Avoid using your dog’s name repetitiously during your training session. If you do, your dog will begin to require that name repetition before paying attention to you. Say their name once and if they respond quickly, offer a tasty treat and praise. You should also avoid using your pup’s name before every basic command.

You may wonder if you can change your puppy or dog’s name to a new name. Let’s say you just adopted your dog and want to change its name. Make sure to choose a new name quickly and commit to it. Once you have given your pup the new name, stick with it to avoid confusing them. Use the new name often so the pup becomes accustomed to hearing it.

It may seem to be much effort to teach your puppy their name. However, instead of using your dog’s name in a typical way, you will use it correctly and as a helpful tool.

It is possible to convince him to stop and pay attention to you at any moment you want by using this method. Then, use the training procedure mentioned above to teach a puppy its name. Good Luck!