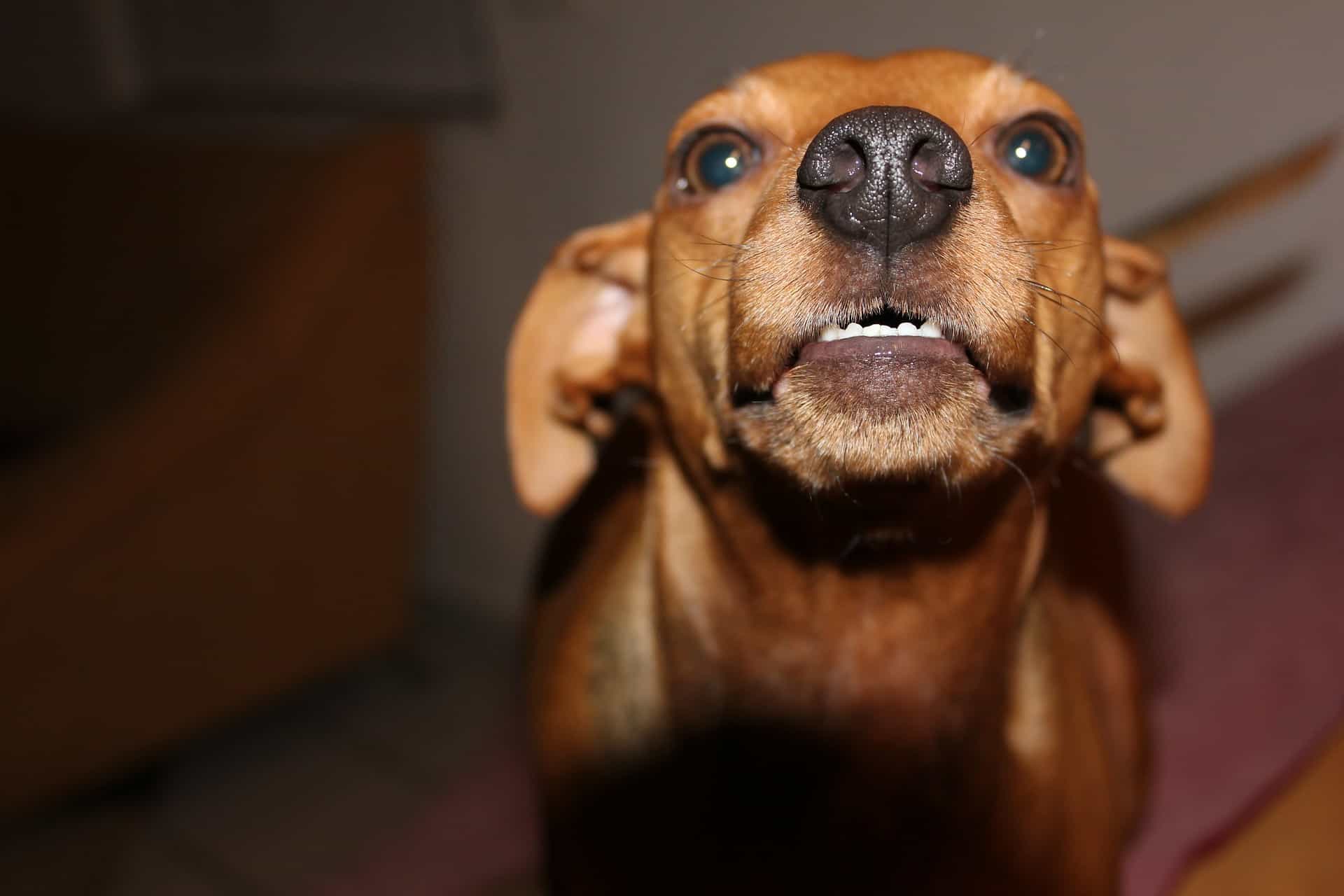 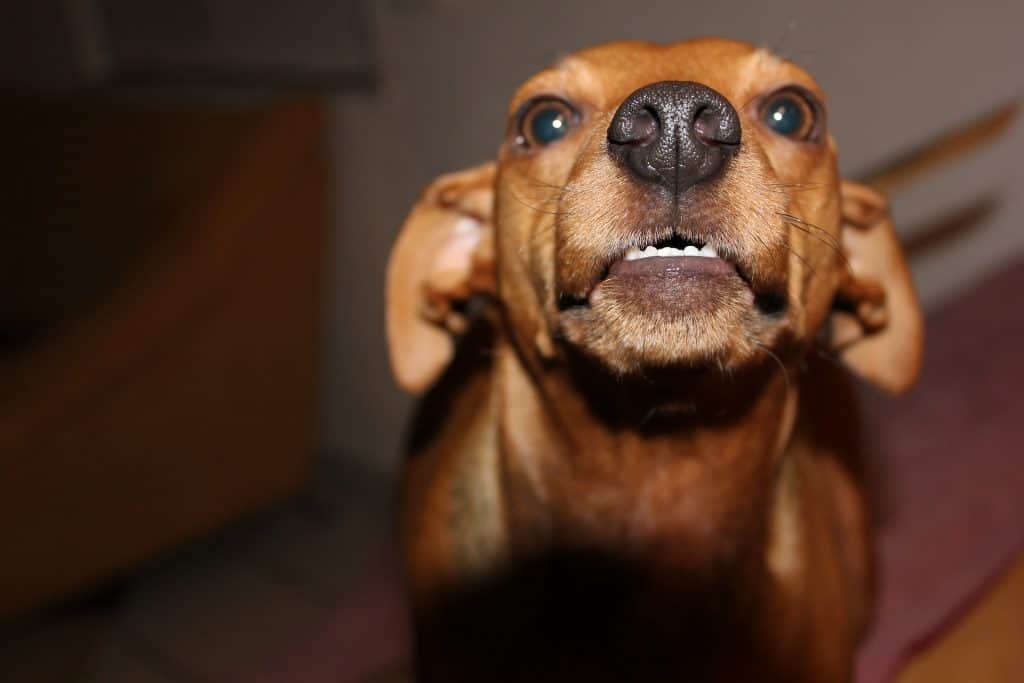 Aggressive behavior may be manageable if the behavior is not severe and the owner is willing to commit to leadership guidelines and obedience training. 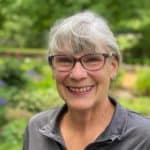 An aggressive dog can be defined in many ways but it is simplest to say they are a dog that has overstepped its boundaries with being a human companion.  There are health reasons for aggression that can sometimes be managed with medication.  There are also behavior reasons for aggression which can sometimes be managed with training tools and establishing structure and boundaries in the dog’s life.

And I stress the word managed. 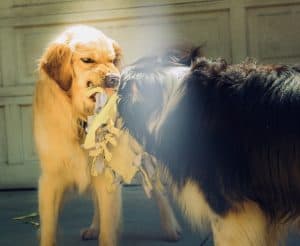 These dogs have learned that by growling, snapping, or biting they can achieve their goal…to have their way.  Just like any behavioral issue, there are varying degrees of management.  Re-establishing leadership, creating a black and white world, etc.  These are terms used to describe techniques for doing this.  Some dogs require different tools to accomplish this as well; martingale, slip collar, prong collar, and e-collar.  The degree of aggression determines what may be needed to achieve the results to help these dogs remain in our world and not head over the rainbow bridge.

You need to understand that some dogs may become aggressive towards their owners when they begin to work with obedience training.  This may occur because strict guidelines are being enforced, and the owner is reclaiming the leadership role in the pack.  You may want to invest in a muzzle for your dog to wear when there is a possibility the dog may become aggressive.

What do we mean by “manageable”?

You will need to expect your dog to do what he is told and respond to the command you have given.  Giving the dog a command that does not allow the bad behavior gives him something to do.  The dog should then be focused on you instead of the other dog, which is really just a distraction, albeit a big one. This is called “managing the behavior.” Can we change how the dog thinks or feels about other dogs?  No, we can not, but we can control the dog’s behavior in other dogs’ presence.  With a lot of repetition, the dog realizes that the bad behavior is no longer acceptable.

An aggressive dog has no rules or boundaries.

Envision the following from the viewpoint of the dog.  An aggressive dog has no rules or boundaries.  The dog can bark and lunge and try to fight every dog he sees.  No one has stopped the dog, and it has worked for him.  You are now changing the rules for the dog.  Starting the first day of training, the dog can no longer bark and lunge when you approach another dog.  Instead, you give him the command “sit,” for instance.  The dog thinks, “Sit?  No, stupid human, this is what I always do.”  But you keep at him and get him to sit finally.  So the new rule becomes–when you see another dog, your dog must sit.  Each time your dog sees another dog, he thinks, “Even this time? Can I get him this time? Why not, I could last week?”  And each time, your answer is–Sit.  Eventually, the dog stops asking the “Can I?” question, and you have broken a bad habit.  In some cases, this may take years for the dog to stop asking. Occasionally the thought occurs to the dog again, so you should always watch for the thought to cross his mind.  The adrenaline high the dog gets from all that frenzied barking and carrying on can be addicting.  It is not unlike people who quit smoking.  After a person first quits smoking, they think about it all the time.  It gradually lessens until some time has passed and they don’t think about it anymore.  For this reason, an aggressive dog will need to be managed for the rest of his life.

Self-control is needed when socializing 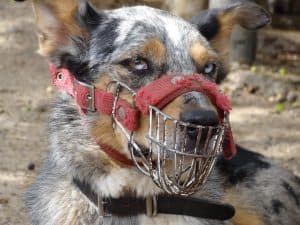 It is important to continue socializing the dog with as many dogs as possible as long as it is fair to your dog.  The dog will be much better as he gains more practice at maintaining self-control in situations that previously sent him over the top.  Always monitor and manage him.  Does the dog show signs of being under a lot of stress?  Can you get the dog to relax on a “place” command when the dog is around other dogs, and they are kept at a distance?  If the dog is highly stressed, leave him home and try again at a later date.  Continue training and socializing but remember the rules need to be consistent, so the dog knows what to expect.  Once the dog is confident in what to expect, the dog should relax more which will reduce his stress.

Set up a controlled situation

Pre-plan and set up a controlled situation before the dog goes into “fight-mode.”  One way is to determine what each dog considers as their “personal space.”  Then prevent each dog from invading the “personal space” of the other.  Besides, through training, we can reduce the “personal space” to become a communal space.  Also, do not allow either dog to be put into a situation where they feel cornered.  Cornering can cause “fear aggression” — growling, possibly leading to snapping.   Being “cornered” not only refers to being backed up against an object but also refers to any situation in which a fearful dog (on a short leash, for example) feels he cannot get away from the approaching dog (or child).

Watch for signs of aggression

Watch for signs of aggression such as dogs teeing off (front paws on the shoulders of another dog), hackles raised, tail straight, ears back, a blank stare, and/or chuffing.   Immediately tell the dog “NO” and refocus the dogs by giving commands, mentioning a ride in the car, etc.  If you laugh and “jolly the dog,” you can avoid any signs of offering the dog “sympathy reassurance.”  Do whatever it takes to get the dogs’ tails wagging again without inadvertently rewarding the unwanted behavior with petting or hugs at the wrong time.  Praise for good behaviors and immediately correct for bad behaviors.

Use your best judgment

If you feel comfortable letting your dog play, always use your best judgment.  If the dog is doing something to the other dog that looks questionable—it probably is.  Although some dogs play rough, do not let roughhousing escalate.  Playtime should begin and end on your terms if you need to break up a fight using a noose or raise the attacking dog’s back legs rather than placing your arms in the dogs’ direction.  End the situation on a positive note and keep the exercises brief.

General rules when interacting with an aggressive dog

When the dog sets off by barking, lunging, or growling: 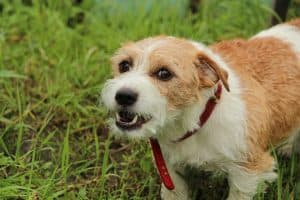 What NOT to do

Laura Pakis is a dog owner, professional dog trainer, and blogger whose other works can be found on Spike’s Dog Blog by Acme Canine. If she’s not working with dogs, sharing canine knowledge on KSCOPet Radio, or working in the garden, she can be found writing about dogs, dog products, and behavior.