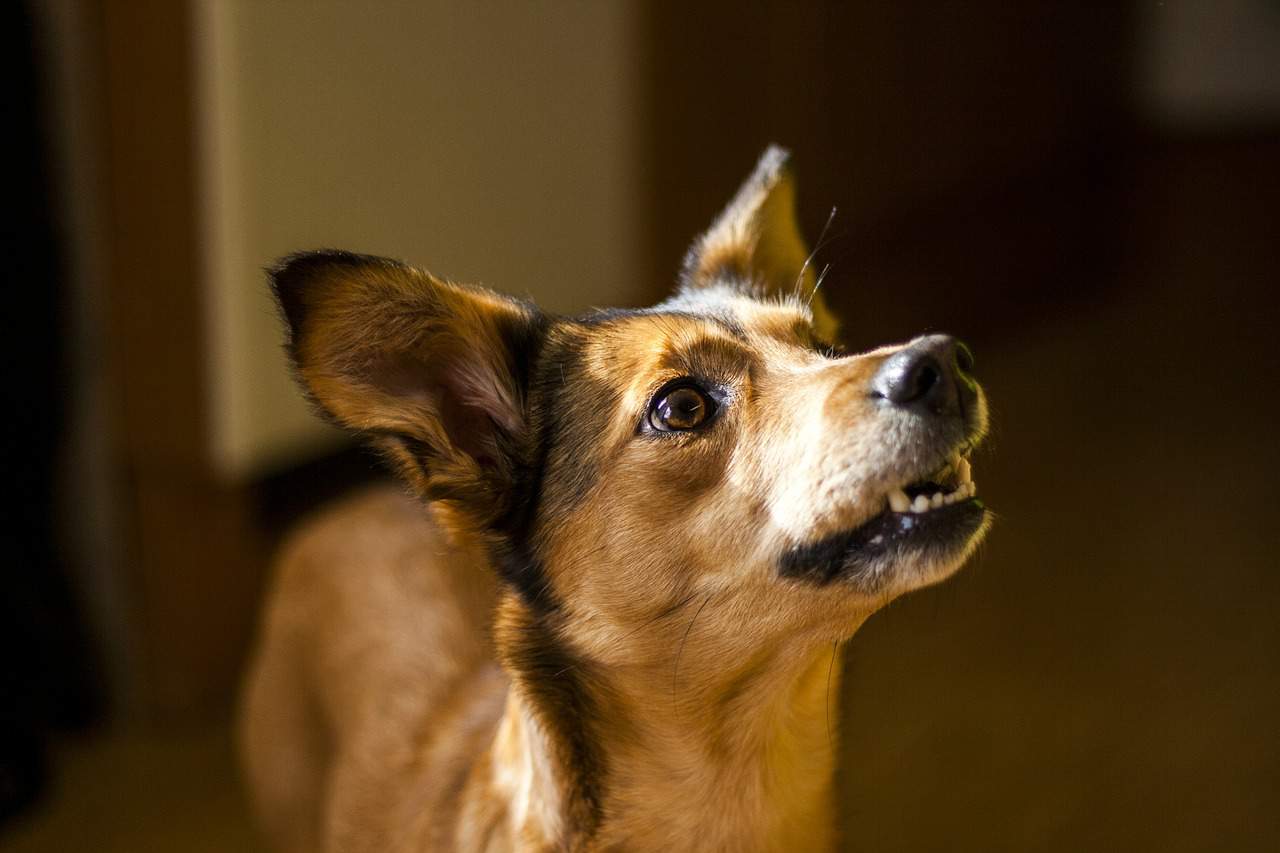 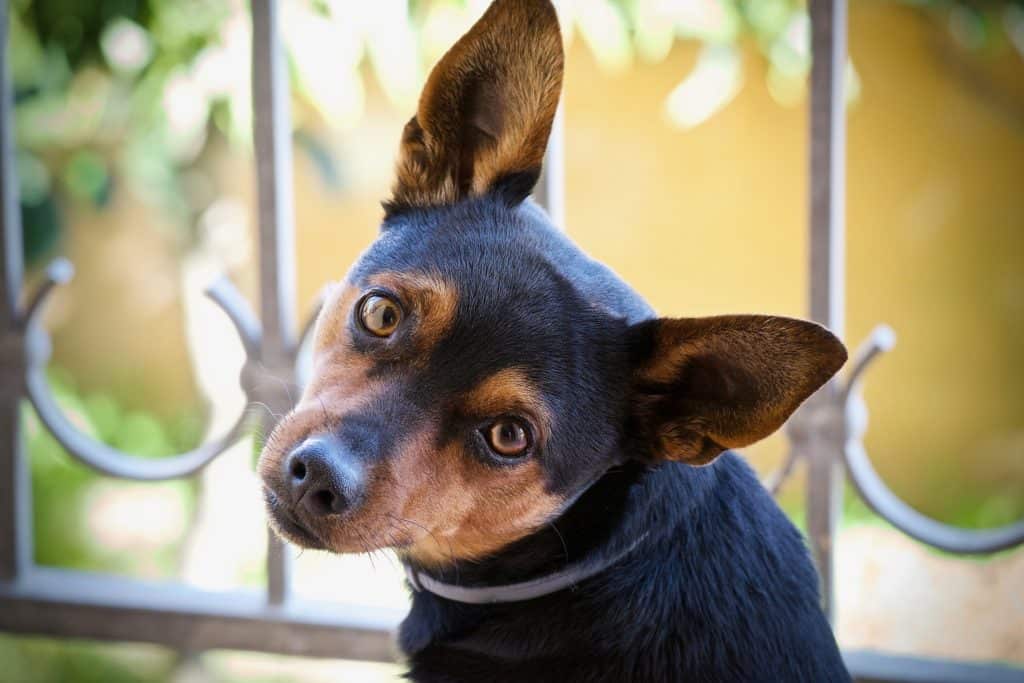 Are you confused by the terms “positive” and “negative” training? The meaning of these words and expressions may not be obvious.

Do you think positive training mean its a good, affirmative, or constructive way to train?  What about negative training?  Is it bad for dogs because it is negative?

The meaning of these words and expressions are not always obvious.   It can get even more complicated when the techniques used to change a dog’s behavior are called positive punishment and negative rewards!! Defining the vernacular used in dog training  can offer a better perspective on how to understand your dog as well as clarify and improve your relationship with your dog.

HERE ARE SOME UNBIASED EXAMPLES OF OPERANT CONDITIONING: 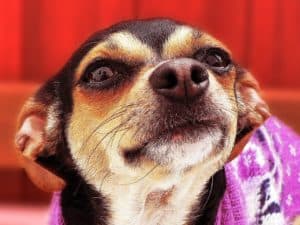 (1) Rover goes to eat a treat and you cover it with your hand and say LEAVE IT.

(2) Buffy is in the crate and hears you.  As you get closer, Fluffy starts whining but you say QUIET. Buffy begins to cry and cries louder while you continue to say QUIET. Finally you are at her crate and Buffy paces around the crate and begins barking. You respond by opening the door and letting her out. Buffy quickly quiets down and runs to you. This exchange gets repeated. 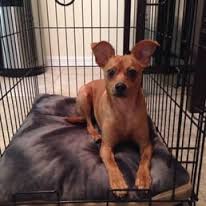 Explanation:    This example is operant conditioning, because most of the behaviors in question are voluntary (whining, temper tantrums, opening the crate, being quiet).  Buffy’s behavior is whining (then crying and throwing a temper tantrum), which is followed eventually by an open door.  This is an example of positive reinforcement because something is given to her (the open door), which will increase her behavior (crying, whining) in the future.  Your behavior is opening the door, which is followed with peace and quiet.  This is an example of negative reinforcement because something is taken away (the crying and whining) and your behavior (opening the crate door) will increase in the future.  The obvious problem in this situation is that undesirable behaviors are being reinforced, which will make matters worse in the future.  There are many ways you could handle the situation better, but the bottom line is to avoid providing reinforcement for a behavior that is undesirable. 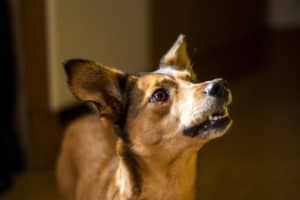 (3) Your bright dog has learned that your presence in the kitchen is associated with food. Your dog has also learned that he can encourage your presence in the kitchen on Saturday mornings by standing by your bed and whining (when you are obviously trying to sleep). You decide to get up and feed the dog to shut it up, but the problem only gets worse on subsequent weekends.

Explanation:    Most of what has been described here is operant conditioning because it involves voluntary behaviors (dog standing near your bed and whining, you getting up and feeding the dog).  However, there is also an undescribed element of classical conditioning in which the dog has learned to associate you with the delivery of food and now automatically responds to your presence in the kitchen with a similar emotional response (joy?).  The dog’s behavior of bothering you is positively reinforced because the dog receives something (food) and the behavior increases.  Your behavior is negatively reinforced because feeding the dog puts an end to its annoying behavior and we would expect you to repeat this behavior in the future.  This is essentially the same as the preceding example and I would recommend a different course unless you enjoy the dog’s annoying behavior.  It will probably backfire if you try to punish the dog for standing by your bed because it doesn’t understand why it is being punished, so the best thing to do is to ignore the dog (extinction) and feed it when it is being quiet.

(4)  You praise and pet your dog when he sits on command. As a result, your dog continues to get better sitting. 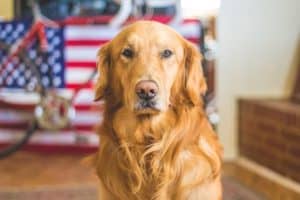 Explanation:    This example is operant conditioning because the sit is a voluntary behavior. The petting and praise are positive reinforcements because it is given and it increases the behavior.

(5)   You give your dog a pop on the leash with a verbal NO if your dog gets up from a sit after learning the command. Your dog becomes less likely to get up from the sit.

Explanation: This example is Operant conditioning because getting up from a sit is voluntary. The pop on the leash with verbal NO is a positive punishment. The consequence is given. The behavior of not coming out of a sit decreases. 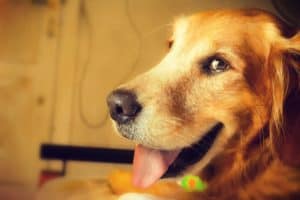 So keep an open mind when training your dog.  Operant conditioning requires both positive and negative training techniques.  By understanding what your dog needs you can provide a training plan to solve the behavioral issue and not just stop it.

Interested in learning the how’s and why’s of dog training? become a Patron!