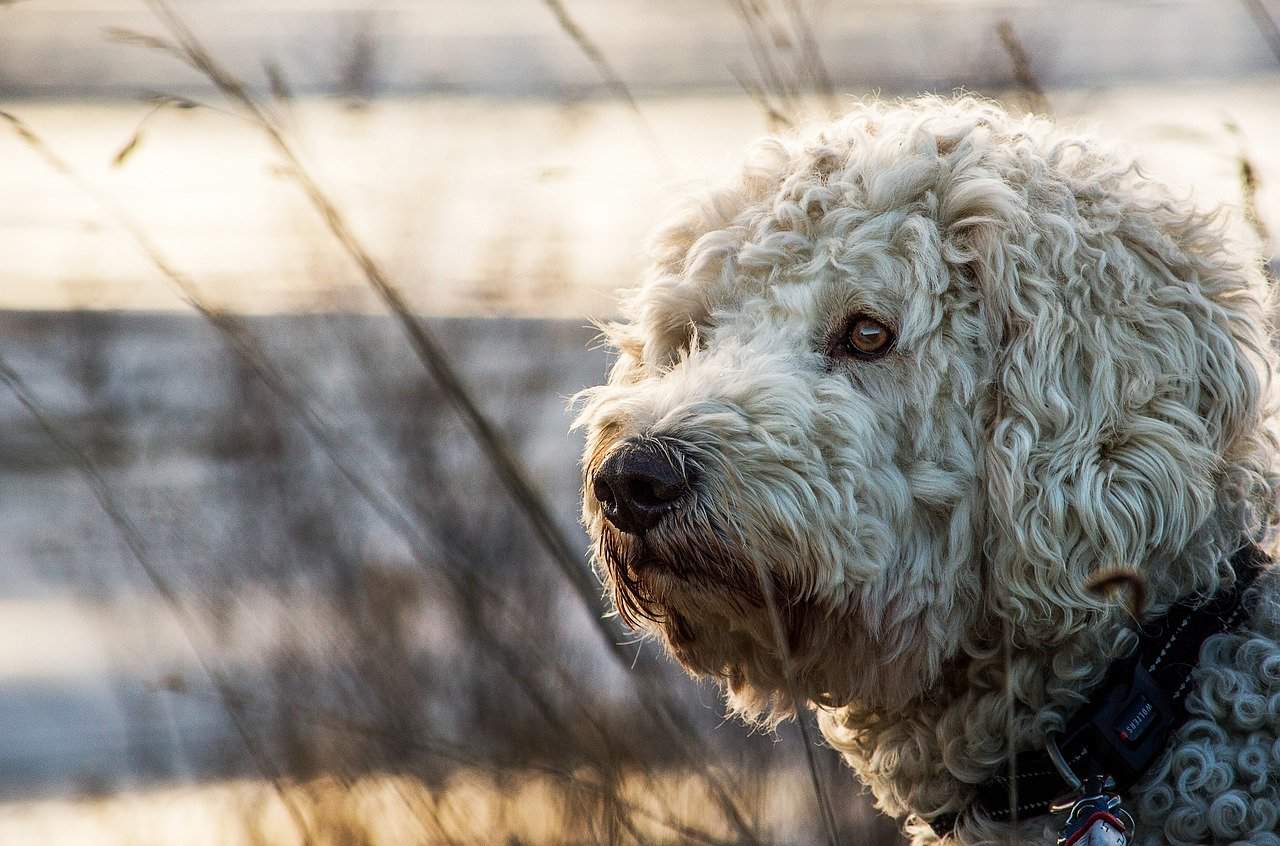 When it comes to making the important decision to bring a pet into your family and your home environment, you may be faced with “oodles” of breed choices, but perhaps you have narrowed it down to the poodle versus the Goldendoodle.

Once you have narrowed the field down to these two players, you might find yourself stuck and unable to make the final choice. After all, both breeds make a great family dog. To get to a final decision, you need to take a closer look at the traits and characteristics associated with each dog breed.

Not every dog breed is a fit for every family, and the “pros” of a dog breed for one family could even be the “cons” for another.

So, before you fall in love with any puppy dog eyes and make a hasty decision, consider all of the important characteristics below and how they line up with your family’s needs and lifestyle.

Poodles and Goldendoodles are both incredibly popular breeds that make beloved companions for their owners: let’s dig in and find out if one of them is right for you.

The poodle has long been a symbol of elegance and aristocracy; this breed serves as the National Dog of France and also (surprisingly to some) was used as a hunting dog in Germany. The two countries both claim to be the breed’s place of origin.

Some think of the poodle as only a show dog, but they are highly skilled dogs whose training could be used for everything from hunting ducks to sniffing truffles.

Today’s toy poodle was bred in America in the early 20th century.

The story of the Goldendoodle starts first with the Golden Retriever, a breed developed in the Scottish Highlands in the 1800s to be used for hunting. The Golden Retriever’s mix included Yellow Retrievers, Water Spaniels, Irish Setters, and Bloodhounds. Today, Golden Retrievers are still beloved both for their skills as much as their beauty, and they are one of the most popular breeds in the world. 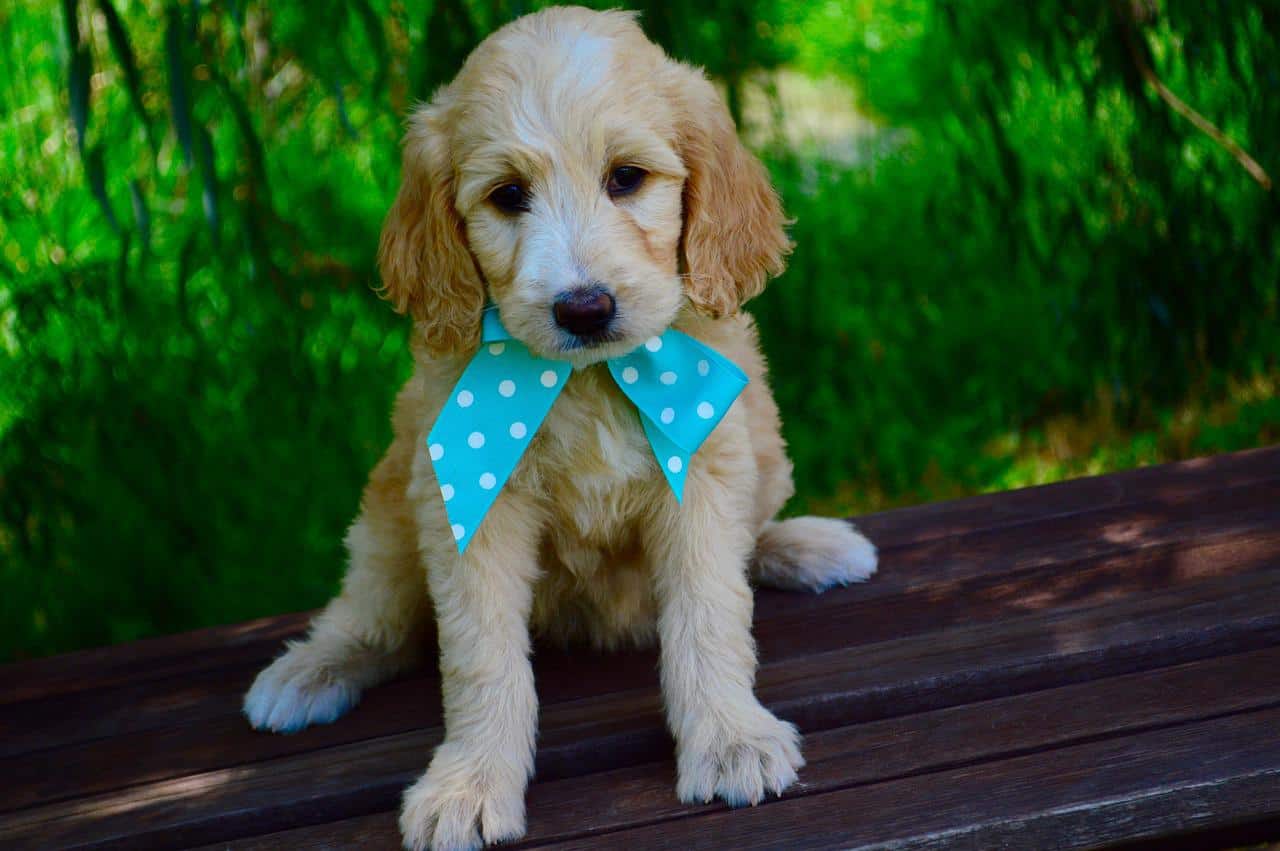 In the late 20th century, Golden Retrievers and poodles were bred to create the Goldendoodle, thanks partly to the breeders’ success with Labradoodles (a poodle and Labrador retriever mix).

Four sizes have developed within the Goldendoodle breed, with petite, miniature, medium, and standard as options from breeders.

You may also hear Goldendoodles referenced as F1, F1B, F2, and F2B. These identifiers serve to describe the dog’s generation within the breed. For example, an F1 is a purebred Goldendoodle, the offspring of a pure poodle and a pure Golden Retriever.

Poodle vs Goldendoodle: The Comparison Guide

As you take a closer look at each of these popular breeds, you need to think about everything from a dog’s temperament to its costs before deciding.

We have highlighted below a summary of these characteristics and factors that will help you determine the best fit for your family.

The good news is that either breed makes a wonderful family pet, and we think you will quickly fall in love with either a poodle or a Goldendoodle.

The smallest poodles, known as toy poodles, weigh in at 10 pounds, while a standard poodle can weigh up to 70 pounds. A standard poodle typically looks tall and lanky; they are known for their signature curly coat, which can come in various colors. A long nose also makes the poodle one of the easiest breeds to recognize.

Poodle fur can come in various shades, from neutrals such as beige or caramel to black, white, and gray. 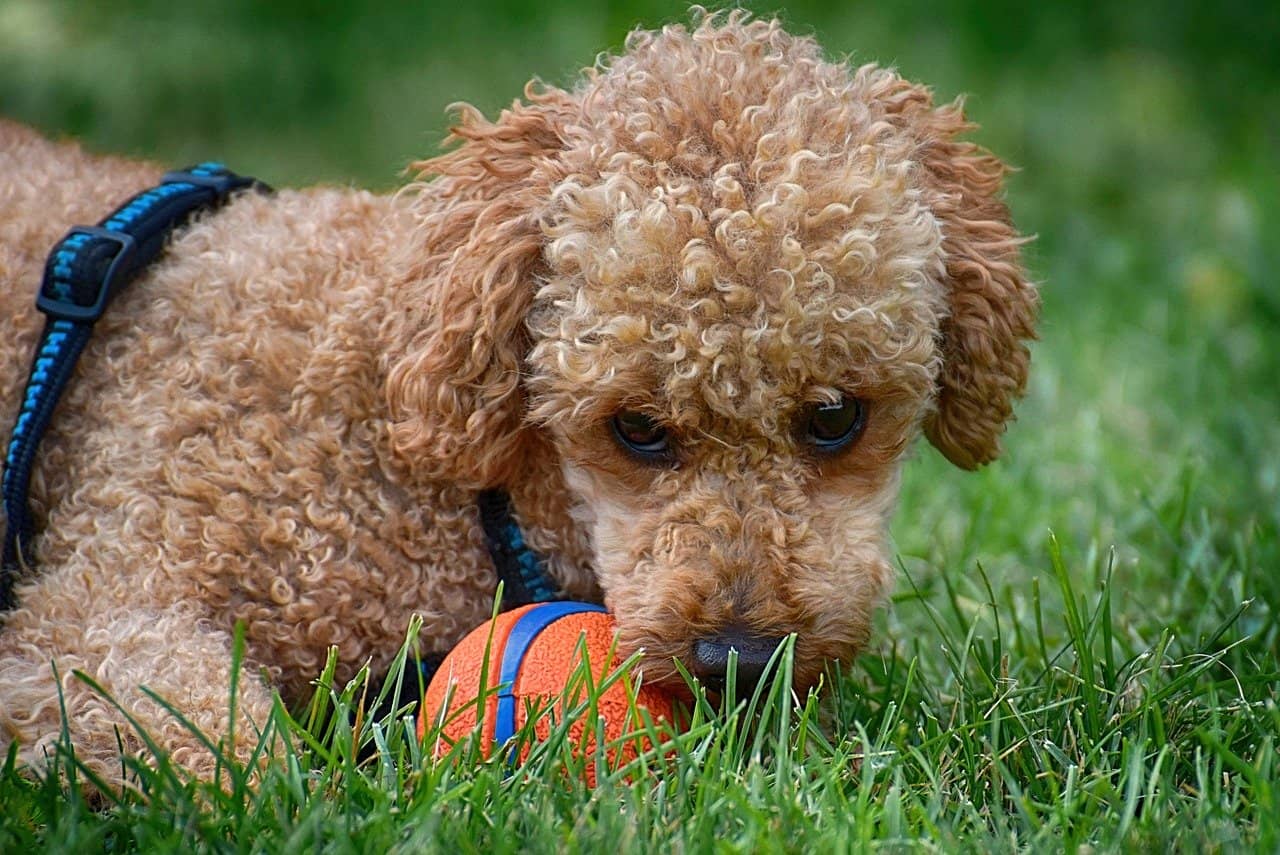 The size of a Goldendoodle will be closely related to the parent poodle of the mix; for example, a toy poodle parent will make for a smaller Goldendoodle.

Once a standard poodle is bred with a Golden Retriever, their offspring will typically be bigger than they are. A standard Goldendoodle often weighs more than 60 pounds and reaches heights of 22 inches or more.

A mini Goldendoodle, on the other hand, will weigh less than 30 pounds, more closely resembling a toy or miniature poodle. Goldendoodles are often confused with Labradoodles; however, one trick for telling them apart is that the Goldendoodle tends to have more hair.

Goldendoodles tend to have hair that fits into a neutral and natural color palette, with beige, cream, apricot, and red shades.

Beloved as pets, poodles are highly intelligent and easy to train. They are incredibly loyal to their owners, sticking closely by their side. A poodle is eager to please, so they train well and have a high energy level.

In the puppy phase, a poodle will get into mischief and chew if not given ample opportunities to burn off his energy. However, they are lovable dogs and great for families and children.

A Goldendoodle may be a slightly less energetic but still playful breed than the poodle. They, too, are highly intelligent dogs who are easily trained.

A Goldendoodle needs training and attention to stay out of trouble; left to their own devices, Goldendoodles will act out and be destructive. But with discipline, training, plenty of exercise, and love, a Goldendoodle is an ideal family pet.

A poodle’s curly coat type can be prone to tangles and matting, so regular brushing and grooming are necessary. Fortunately, a poodle will not shed much during regular brushing, so cleanup is minimal, and they are a better choice for allergy sufferers than some other breeds that shed more.

If their fur is left to tangle and mat for too long without proper care, it will need to be shaved by a professional groomer. It is also important to keep their nails professionally trimmed.

A poodle’s distinctive appearance is one reason many owners fall in love with them, and keeping up that appearance with regular grooming visits can be a considerable expense to think about.

The Goldendoodle’s curly fur and coat type needs to be brushed often like the poodle. You should invest in a good dog brush specifically designed for this type of coat to avoid the pain of tangles and matted hair.

Also, be sure to use only products specifically designed for a dog’s sensitive skin when bathing your Goldendoodle at home.

The size of the poodle will play into its lifespan. Smaller dogs tend to live longer and face fewer health challenges. However, even the standard poodle has a long life expectancy of 12 to 15 years.

One important consideration with health and lifespan is using a reputable breeder. No one is guaranteed a dog whose life will be completely free of injury or illness, but a reputable breeder will be extremely knowledgeable about possible health complications.

Some of the health issues known to affect the breed are anemia, thyroid disease, and epilepsy, all of which can be treated with medication. Poodles also tend to experience gastric dilation volvulus due to eating too quickly.

A specially designed dog bowl can help in terms of slowing them down while eating and preventing this problem.

Because both poodles and Golden Retrievers have long lifespans, this is passed along to the Goldendoodle.

Goldendoodles will typically live for 10 to 15 years, though they may experience some health challenges along the way. If you own a Goldendoodle, some of the issues your pet may face include hip dysplasia and eye diseases such as glaucoma.

Goldendoodles are also prone to Addison’s disease, which relates to cortisol production and the dog’s ability to handle stress.

You should expect to pay anywhere from $700 to $2,000 for a poodle from a reputable breeder. In addition, you will have frequent grooming expenses with a poodle if you wish to keep their fur mat and tangle-free.

A Goldendoodle can be significantly more expensive, with breeders charging anywhere from $2,000 to $5,000. The cost of a Goldendoodle from a reputable breeder is simply out of reach for some dog owners.

Poodle vs Goldendoodle: Which Breed Is Right For You?

Poodles and Goldendoodles are, in many ways, more alike than they are different. With both breeds, you will find a lovable and affectionate pet who is intelligent and easy to train. Both will require a fair amount of time, effort, and expense for grooming.

Your decision between the two breeds may come down to cost and size. Goldendoodles tend to be larger, so if space is an issue for you (or you have concerns about lifting and caring for a heavy dog), you may be better suited for a tiny dog like a toy poodle.

Also, the costs associated with a Goldendoodle may be out of your reach (though a poodle is by no means “inexpensive”).

If either breed is within your budget, you will surely be happy with your choice. These popular breeds are some of the most lovable dogs around!