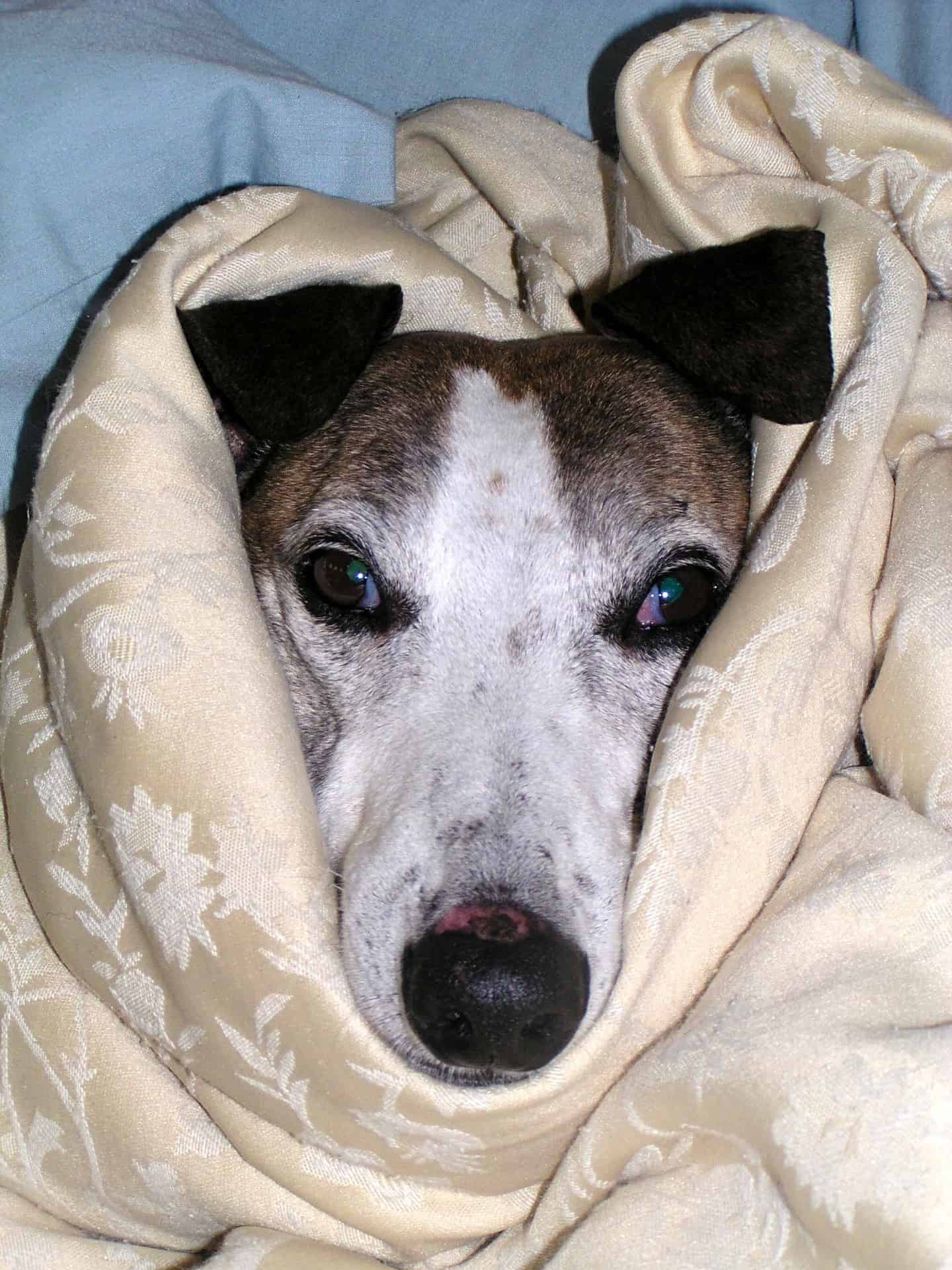 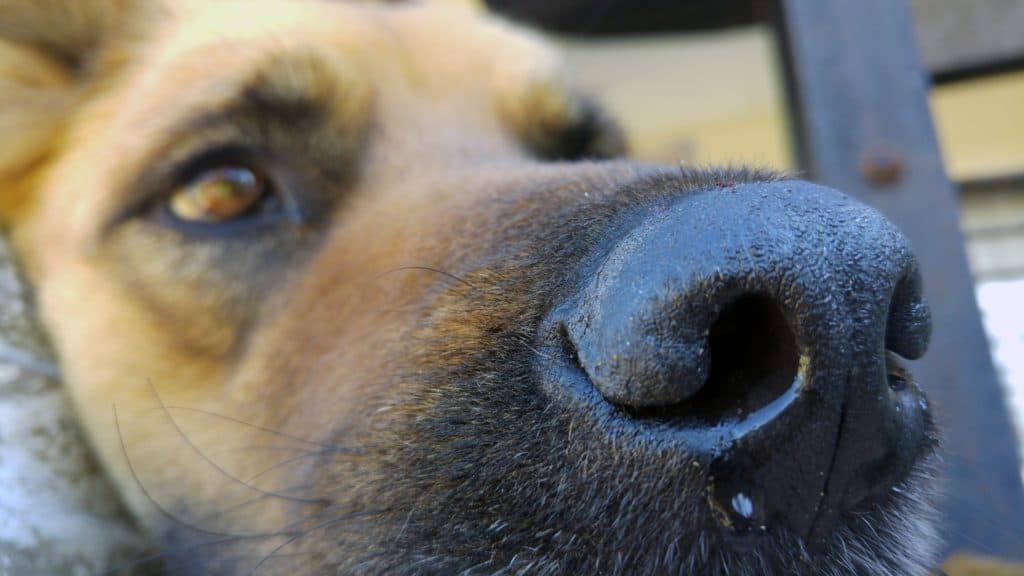 The crisp morning air and slowly warming hue of the leaves bring a dark and sinister traveler. It reveals itself with hacking and coughing, lethargy, and may cause exhaustion or excessive panting. Well, perhaps you yourself never experienced this, but a certain member of your family may have. The dog days are over and flu season is here again. The flu has been a concern for humans for hundreds of years. It is, however, a very new menace for the mutt members of our families.

The veterinary community first discovered canine influenza, classified as H3N8, between 2003 and 2005 when it infected thousands of greyhounds at dog racing tracks.

This new virus had morphed from equine influenza and crossed over to canines. Since its discovery, it has spread rapidly with 37 states currently reporting diagnosed cases, including Ohio.

The canine flu is an upper respiratory infection with an incubation period of 2 to 4 days. It causes symptoms very similar to those of bordetella, or kennel cough. In fact, the similarities have led to many misdiagnosed cases. Bordetella is a bacterial infection, while canine flu is viral. Both diseases, however, begin with “coughing” and lethargy. The similarities cause problems, because often a diagnosis of bordetella only changes after the symptoms become more serious. It can become more dangerous when it turns severe and leads to secondary infections like pneumonia. Due to these risks, H3N8 has a fatality rate around 8%.

Canine influenza is highly contagious. Like human varieties, this virus can be easily spread through the air and on surfaces.

Steve Anatro, a kennel owner who dealt with H3N8 outbreaks in 2006 and 2010 said, “You go from having one dog that goes home with a slight cough to 15 dogs and then to 75 dogs very quickly.” At this kennel facility, 140 dogs were infected within three weeks. 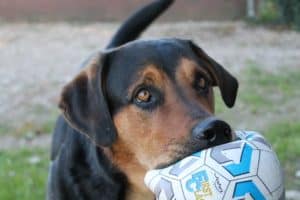 A perfectly healthy looking dog could spread the flu undetected.

Dr. Cynda Crawford, who was integral in the initial discovery of the virus, writes, “Virtually all exposed dogs become infected; about 80% develop clinical disease while about 20% have subclinical infection.” This means that 20% of those infected may show no symptoms.

Another major reason the canine flu is a significant concern for dog lovers is the newness of the virus. After exposure to a virus, an organism develops antibodies that protect against contracting the illness again. Though conclusive studies have not been conducted to prove the fact, it seems that the buildup of antibodies is effective in fighting this form of flu as well. “The dogs that were there in 2006 did not get it again in 2010,” Anatro said. Since it has been infecting dogs for less than a decade, almost the entire canine population is still at risk.

Places where dogs congregate pose the most risk for encountering the flu.

Veterinary clinics, pet stores, training facilities and kennels must maintain a high level of sanitation. This includes disinfecting food and water bowls, collars, leashes, tools, floors, walls, and kennels. Constant hand-washing and separation of infected dogs are also vital. To prevent further exposure to dogs, Anatro even implemented separate air supplies for different parts of his facility. One slip up can cause an outbreak very quickly. Even if it is uncontrollable, this can do serious damage to a facility’s reputation.

Veterinarian Dr. Dennis Fees, who participated in a Beck Ag panel on this issue, provided an appropriate motto: “Prevent, don’t treat!” The key to success against this illness is not to fight it once the animal has it, but to keep it from ever contracting the flu in the first place. “By the time they show the symptoms, they’ve already contaminated the facility.” Thankfully a vaccine called Nobivac became available in 2009 to protect against the canine flu. Many training and boarding facilities are beginning to list it as a requirement.

Nobivac is provided by Merck Animal Health. Like flu vaccines for humans, this vaccine exposes the host to a dead or inactivated strain of flu virus. The H3N8 variety involves two doses, about two weeks apart. According to Merck, the Nobivac vaccine also “controls the spread of infection by reducing viral shedding.” If a canine still contracts the flu after being vaccinated, it does not have the ability to spread the virus at the same rate. 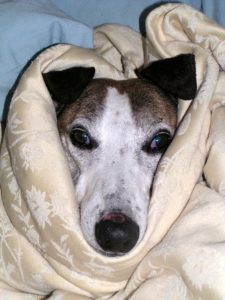 With the susceptibility of almost all dogs to this new and developing virus, one might assume that veterinarians are leading the charge for vaccination. Within the veterinary community, however, there has been some disagreement over the importance of it. The members of the Beck Ag panel agreed that, in general, more resistance to the vaccine is encountered in the more rural areas. This could be due to the fact that the virus is so new that many areas have yet to encounter it first hand. The American Veterinary Medical Association shares Dr. Crawford’s stance.

“The canine influenza vaccine is a ‘lifestyle’ vaccine, in that it is intended for dogs at risk for exposure to CIV,” Crawford writes. “Including those that participate in activities with many other dogs or are housed in communal facilities, particularly in communities where the virus is prevalent.” One simple guideline to follow when deciding whether or not have a pet vaccinated is to do so if it needs to receive a bordetella vaccine. If the dog is in an environment where it may be vulnerable to bordetella, it will also certainly be vulnerable to canine influenza.

A new and uncertain virus can cause fear and even panic in many instances.

This need not be the case for canine influenza. It is not something to be ignored, but neither should it be exaggerated to disaster movie proportions. While canine influenza does pose serious dangers for pets as well as serious risks for business reputations, with preventative measures and vaccinations for dogs in vulnerable situations it can be controlled relatively well.