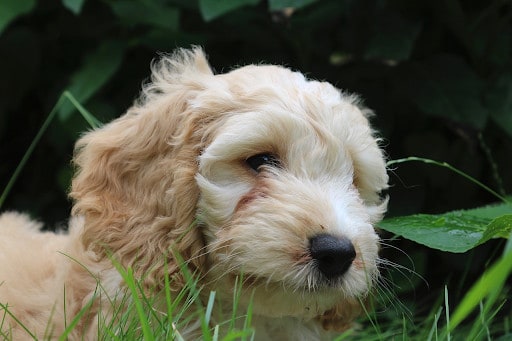 The cockapoo has a very gentle and lovable nature, which is one of the reasons it has remained so popular.  Here’s more on the breed.

There is no doubt that America loves dogs. In fact, over 60 million American households own at least one dog. But when it comes to which dog to get, there is no shortage of options. There are big dogs and small dogs, active dogs and lazy dogs who can all look and behave differently.

Many people love a mix of two of the most popular breeds, the cocker spaniel and the poodle. This cockapoo gets the best of both breeds and is a great choice for many families.

While this article will go over the basics of the dog, be sure to check out this useful link for a more in-depth look at the breed. But without any further ado, let’s go over the brilliant breed that is the cockapoo.

History of the Breed

This breed was among the first planned hybrids in the United States over 50 years ago as a healthy companion dog. According to many, cockapoos often don’t inherit many of the health issues that their parents may have, thanks to hybrid vigor.

In addition to being popular in the USA, the cockapoo has long been one of the most expensive and sought-after dogs in the U.K. As a result, these dogs can lead long and healthy lives, often not developing any problems until they reach old age. Also, because of their poodle mix, most cockapoos don’t shed very much, which is another reason for their popularity.

Today, it is one of the most popular mixes out there, and while it can vary greatly in size and level of shedding, we don’t see them dropping in popularity anytime soon. 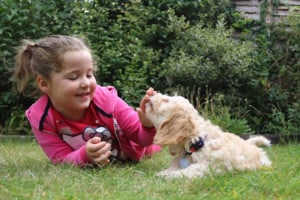 As far as height, a toy is often shorter than 10 inches, a standard over 16 inches, and a mini between 11 and 15 inches. When it comes to their appearance, these dogs can come in a range of different colors, and some will have wavy hair, while others will feature curled hair.

Of course, knowing the parent dogs and their size and look can often help you to see and visualize how your dog will eventually look.

The cockapoo has a very gentle and lovable nature, which is one of the reasons it has remained so popular. It is a smart dog that is fun to be around and will get along with almost anyone it meets.

They don’t require a ton of space but do need to be exercised regularly to keep them happy and entertained. They are just as happy playing fetch in the yard and cuddling up on the couch, which is a great thing.

They are also intelligent dogs that seek to please their owners and thus are very easy to train in most cases. This helps them be wonderful family dogs, who generally do well with everything from other pets to children.

We hope this guide has been able to help you learn more about the popular cockapoo breed and if it is right for you and your family.