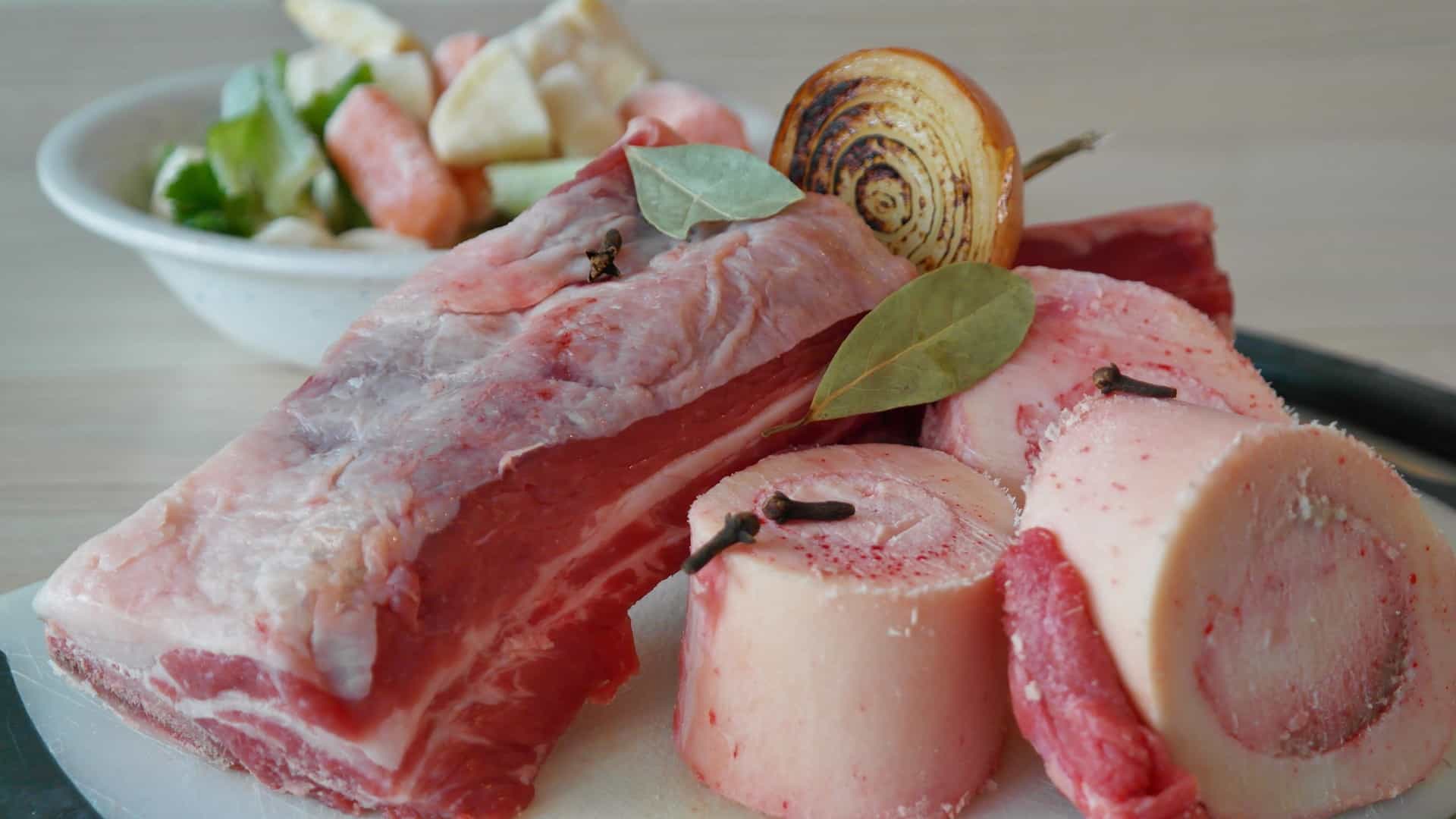 A raw dog food diet or RMBD (Raw Meat Based Diet) is not a new concept and is, after all, the diet wild dog species evolved with.

A raw dog food diet or RMBD (Raw Meat Based Diet) is not a new concept and is, after all, the diet wild dog species evolved with.  This kind of diet is often compared to the benefits of wet dog food and how these two are similar and different from each other. These two types of diets are widespread among pet owners.

However, introducing the raw diet to domestic dogs is a relatively new concept that has gained popularity in recent years. The response to this new trend has been met with some controversy. Although this type of diet comes with several benefits, many pet owners are still hesitant to introduce a raw dog food diet to their furry friends because of these controversies. This is especially true for first-time pet owners or pet owners looking after young, senior, or sickly canines.

Introducing the raw food diet to domestic dogs was first popularized by the Australian veterinarian Ian Billinghurst. He proposed that house dogs would gain several benefits from a diet that mimicked that of their original environment, rather than the Human led processed and grain-based diets, highlighting that the latter could be, in fact, a detriment. Although, his ideas did not spark widespread support from fellow veterinarians, and many even criticized the claims.

From then on, numerous studies have been carried out to investigate the real impact of the raw food diet and explore whether it is, in fact, a viable alternative to traditional home-cooked dog food. Generally, you can find evidence and commentary to support both advocates and cynics, yet overall the consensus is generally not favoring the idea.

With that said, what are the reputed pros of a raw food dog diet? Are any of them true? Before exploring these important questions, let us explain what a raw food dog diet actually is. This information will make it very easy for you to determine whether or not a raw dog food diet is apt to the nutritional needs of your furry friend.

What is a Raw Dog Food Diet?

When Ian Billinghurst first brought attention to the raw dog food diet, he named it the BARF diet, which refers to Bones and Raw Food or Biologically Appropriate Raw Food. The main constitutes of such a diet were further defined to mean large uncooked meaty bones accompanied together with small portions of vegetables.

From then on, many other people have gone on to adapt Billinghurst’s original suggestions, many of which can easily be found on the web. Today, many are supplemented with additional nutrients, including minerals, vitamins, and CBD Oil. Some companies have even taken the opportunity to offer subscription-based raw food diet plans.

Some diets include all of the above and have differing recipes paced throughout a single day. Since many pet owners have been following this diet for their dogs, it’ll be easy for you to look up recipes from online resources if you decide to follow the trend. The experience of other dog owners can help you set your expectations and look for recipes that are easy to prepare.

The majority of people find that trial and error plays a huge part in finding the right combination that works for their four-legged friend. Factors including budget, breed size, temperament, and personal preference all play a part in the discovery and adjustment phase.

The Advantages of a Raw Food Diet

Advocates of the raw food diet often make a series of statements about the advantages, both in terms of short-term and long-term benefits. Largely, the diet is advocated based on the belief that since wild dogs such as wolves naturally eat raw dog food and that in turn, it must be a superior alternative to normal, processed dog food.

The main advantages are as follows:

A number of these claims do seem quite rational. For instance, removing carbohydrates from the diet could improve dental hygiene, and chewing on hard bones could also potentially help remove plaque and other debris from the teeth.

However, with some more investigation, it seems that not all of the claims stand up to scrutiny. For instance, the assertion that a raw diet could lead to a glossier coat is not supported by all. Take Lisa Freeman from Tufts University School of Veterinary Medicine, for example. She highlights that increased shine is simply the result of consuming more fats, which dog owners could just as easily achieve with a high-fat, processed diet.

If you’re planning to give your dog a raw dog food diet, it’s best if you do some research. It would be best if you also asked your vet for recommendations. Never take chances in immediately giving this type of diet to your dog without knowing the facts, as this can put their health at risk. As a dedicated fur parent, you don’t want this to happen.

The Disadvantages of a Raw Food Diet

With all these claims, it’s easy to come to the conclusion that your pets missing out on the many advantages of a raw food diet. However, even though many people may be apprehensive about normal dog foods, some vets seem to be more concerned about the shortage of evidence to support the raw food diet and highlight potential risks.

These potential concerns include the following:

Even though the above list may not be a lengthy one, the fact remains that the potential risks that do exist are quite serious. Some vets and other observers also point out a potential risk of harmful bacteria such as salmonella and campylobacter transferring from pet to owner due to the intrinsic nature of handling and feeding uncooked animal products.

These bacteria can adversely affect the health and wellness of your dog, as this can cause serious health problems, namely diarrhea, vomiting, abortion (for pregnant dogs), and even death. The more frequent you unknowingly give your dog meat that contains salmonella and campylobacter, the more susceptible they are to these diseases.

Many supporters of the raw food diet assert that pathogens could just as easily be present in raw meat made for human consumption and in normal processed dog food.  Therefore, many advocates claim that such concerns are nothing more than exaggeration.

In terms of nutrition, many vets state that commercially available dog foods have been formulated to be balanced and to meet a dog’s needs, while such an assessment is hard to make with a raw dog food diet.

It has also been reported that raw diets may lack certain important nutrients too, including vitamins C and E and excessive amounts of vitamin D, and an improper ratio of calcium to phosphorus, which can have potential long-term consequences, such as rickets. With the number of processed dog foods available in the market today, it’s straightforward for pet owners to buy one that provides all of the nutrients that the raw dog food diet reportedly lacks.

At the end of the day, whether you put your dog on a raw food diet is entirely your choice to make. If you take the necessary steps to ensure proper hygiene is maintained when preparing the food, this will help mitigate some of the associated risks concerning pathogens.

However, sometimes a dog may not be in the proper state to handle a raw food diet, such as when its immune system is compromised. For example, a raw diet may not be the best idea for elderly dogs, puppies, and dogs with certain health conditions.

Carl McLean is a dog owner, wildlife enthusiast, and blogger whose other works can be found on Animal Mentor. If he’s not out walking his dogs, pruning his garden, or tending his vegetable patch, he can be found writing about wildlife, animals, and pets.