Looking for an inspiring new addition to your family’s library? One that will appeal to all of your children – both human and canine? Then next time you sit down for a bedtime story, reach for David Cuccia’s There’s a Crazy Dog Under the Palace!
Inspired by his own Sicilian heritage, the story takes place in the culturally rich city of Palermo. It is centered around two unlikely companions, Topo the mouse and Princess Jasmine (based upon Cuccia’s own six-year-old black Labrador 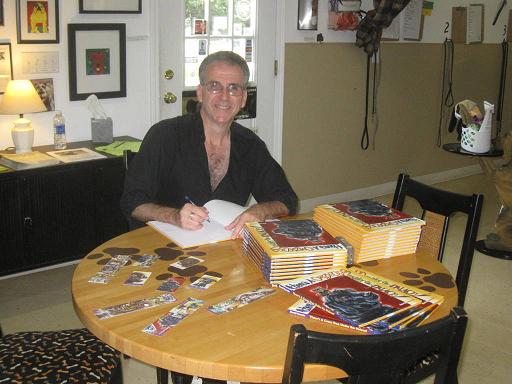 ), and the adventures they encounter under the city’s beautiful palace, including their startling first encounter and subsequent friendship with the Prince’s official dog, Roxanne. She quickly recruits their help in assisting Prince Antonio with a very important speech that he must give in order to win the hearts of his people, so he can rebuild the city of Palermo and restore it to its former greatness. The only problem? His fear of public speaking!
Can Topo, Jasmine, and Roxanne help the Prince overcome his fear and save the city, or will they be cast back into the street, never to enjoy another royal meal again? Don’t hesitate to pick up your own copy of David Cuccia’s There’s a Crazy Dog Under the Palace! so you too can enjoy the beautifully detailed illustrations, rich historical perspective, and proof that even the smallest voice can make a tremendous impact!