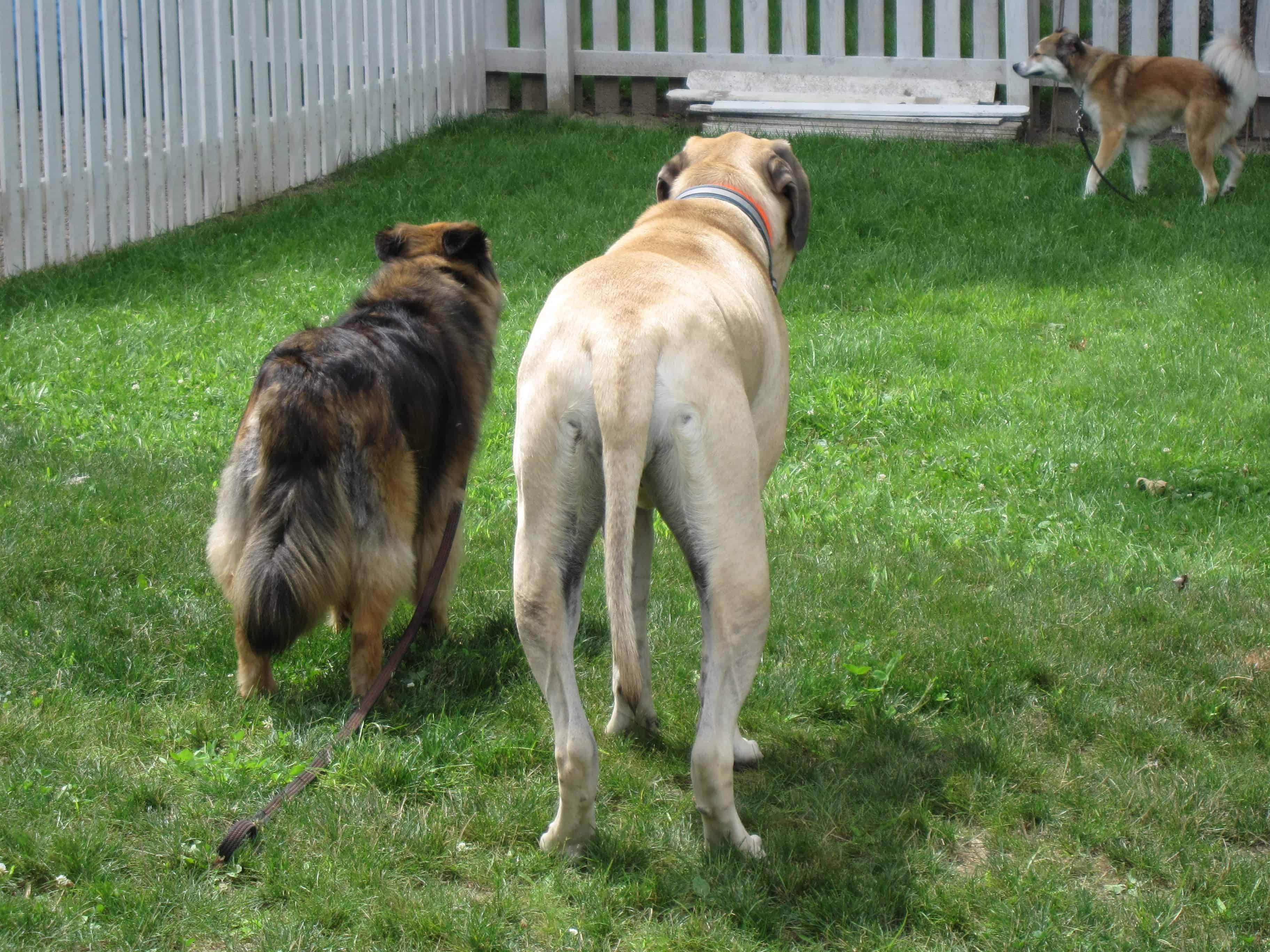 To all but those readers who are veterinarians or Westminster Dog Show judges, the details of a dog’s gait and what it means is probably a mystery.  It is an aspect that can be very important in determining the correctness of a dog’s posture and its overall health, but it also can be easily overlooked.

What is a Trot?

Is Dog Trotting a sign of dog health issues?

Dogs are similar to horses in that they use several techniques to move, but they mostly stem from or relate to two major techniques: trotting and pacing.

What is a trot?

A trot is a type of gait that uses alternating legs that form diagonals.  The front right and left rear legs move in unison, then the front left and rear right legs move in unison.  It is a natural looking stride where the front pad of one side lifts just before the rear pad of that same side lands.

“[The trot] shows the faults and virtues of a dog’s running gear more clearly to the judge than any other gait,” writes McDowell Lyon, author of The Dog in Action.  While it is one of the simplest gaits, it can be the most graceful if performed to perfection.  By contrast, however, it can also be the most telling if there is a problem in the dog’s stride.

What Is a Pace?

A pace is a type of gait in which either side of the dog’s body moves in unison, which is called a lateral or ambling gait.  The front right and rear right leg move in unison, then the front left and rear left leg move in unison.  A dog that is pacing can sometimes appear bouncy and less graceful.  This could partly be due to the fact that the dog might be fatigued.  Dogs often switch to a pacing method after a long day or a period of intense physical effort.  This gait requires less energy and can be a sign of a tired dog.

The trot has long been the preferred gait in both dogs and horses.  In racing, even though pacers have proven to be just as fast (if not faster) than trotters, an animal is often discouraged from using the pacing method.

Many times a racing dog or horse has suddenly switched from trotting to pacing at a certain age and is able to remain at a competitive level for a while longer.  In the documentary Dogsteps: What to look for in a dog, Rachel Page Elliott explains that pacing as a rule is considered “unacceptable in the American show ring.”

Some dogs are prone to one technique or the other simply because of the shape of their body.  Those with shorter bodies that are about equal to the length of their legs tend to pace more than others.  When trotting, the short body does not allow as much room for the legs to extend without getting in each other’s way.

If a dog with such body structure still trots, it is more likely to resort to a technique like padding.  This is a type of high-stepping gait that almost looks like prancing.  The dog exaggerates the lifting of the paw to avoid interfering with other legs.

Another technique is known as crabbing.  This is when the dog offsets the front and rear legs to avoid collisions between the two ends.  The term is apt because it makes the dog appear to be moving slightly sideways like a crab.

According to Elliott, this type of gait can develop from muscle strain, spinal injury, habit, or bad handling.  To see what it actually looks like without seeing a dog with an unbalanced gait, simply let a dog haul around a drag line for a while.  Many dogs will start trotting similarly to avoid the leash.

A naturally trotting dog that suddenly begins pacing could be a symptom of skeletal maladies like hip dysplasia.  Likewise, dogs that move with unbalanced or skewed gaits usually suffer from an underlying issue.

Sickle hocks (bone connections in the hind legs) cause the legs to remain in a bent position and can result in a gait that resembles prancing or high stepping.  It can also make the hind quarter (withers and hip) of the dog sit lower than the front shoulder area.

One could get into several more specific types of dog movement when looking at fast gaits and incorrect gaits, but trotting and pacing provide a foundation of understanding that is very important.  Learning about dog gaits is obviously very useful in knowing when a dog is suffering or has deformities.

What Makes a Dog Gait So Unique?

What Is Sustained Trotting?

Sustained trotting for healthy dogs is a rhythmic two-beat gait in which diagonally opposite legs move together. The right rear leg moves with the left front, and the left rear leg with the right front, for example. Since only two feet are grounded at one time during sustained trotting, the dog is forced to rely on forward momentum to maintain its balance.

What If My Dog’s Gait Seems Unusual?

It is important to familiarize yourself with your dog’s gait, so you can better recognize early signs of trouble they may be experiencing. If you begin to notice your dog has a hunched over posture when walking, or they lower their head and extend their neck when walking, these could be signs of intervertebral disc disease.

If your dog’s front leg is in pain, they will do what they can to take the weight off the injured limb. This can cause their neck and head to move upward when the hurt leg is on the ground. If the hind limb is in pain, the pelvis may drop.

If your dog is suffering from hip dysplasia, you may notice they have sort of a wobble, and their rear end oscillates as they walk. Bunny hops while running may also signal a problem.

Luxated patella is a condition that causes an intermittent skip in a canine gait. Finally, cranial cruciate ligament injuries can cause your dog to move in slower strides, and the knee will be in a fixed position.

Without observing the details, a dog could go on suffering unnoticed by the owner.  With more knowledge, one can better detect when a dog has had enough training or work for one day.  It also allows an owner to relate more deeply and understand a dog that cannot verbally express how it feels or what it needs.

Connect with a Vet Today for Free Pawp - the Online Clinic for Pets
Free Trial; Then $24/month
Talk to a Vet Now
We earn a commission if you make a purchase, at no additional cost to you.