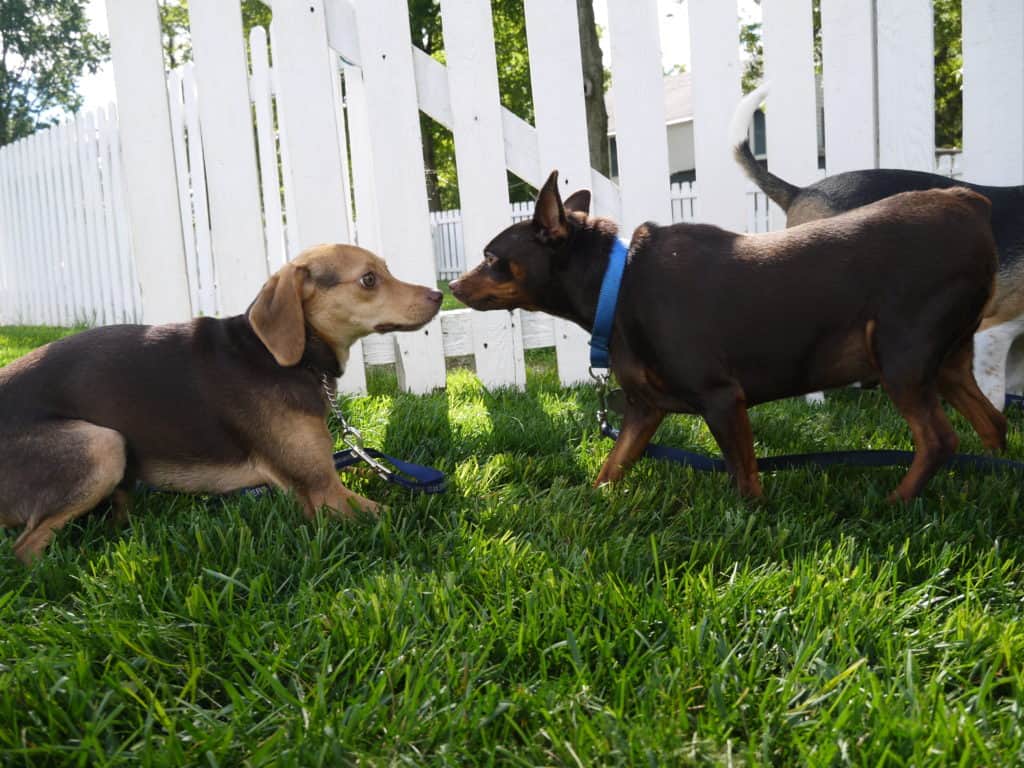 A submissive dog looks very similar to a frightened dog because he makes himself look small to convey that he’s not a threat, but there are differences

A dog that is afraid will do his best to look small. Usually the body is hunched and the tail held low or tucked between the rear legs.  You may notice the white around the dog’s eyes.  His ears will flattened back on his head. The dog might cower close to the ground or lean to the side so that he can recoil. Many times the fearful dog will look directly at the source of his fear. All the muscles of his body and face are tense and rigid. He might lick his lips or yawn in an exaggerated way. 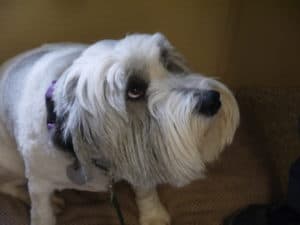 When a dog is feeling submissive he tries to convey the message that he’s not a threat. He will make his body look smaller by hunching over or getting low to the ground. His tail will be low or tucked, often rapidly wagging back and forth nervously. The dog will flatten his ears or hold them off to the sides of his head. His neck is kept low to the ground with his muzzle up toward the individual. Most submissive dogs will try to nuzzle or lick the person or animal. He might close his eyes or look away so as not to look directly at the other individual. Some dogs will urinate.  Others will lie down and roll over on their back to display his stomach area. Many times during passive submission, the dog will lie still or give his paw.  You may also hear them whine.