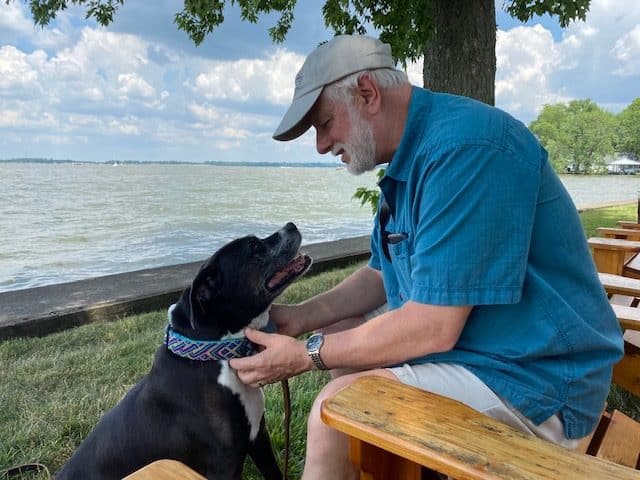 The SIT command is a great way to teach the dog self-control and establish yourself as a leader.

Starting today, your dog has to SIT for everything.

SIT before coming in and out of doors.

SIT before getting into or out of the car.

Incorporate SIT into your everyday life as often as possible.  This is the first step of teaching your dog manners and restraint.  If you teach SIT as a lifestyle, then your dog will know it as such instead of just as a trick.  (Exception:  If your dog is having problems with housetraining on your first trip out to potty after a long stay in the kennel, then you may want to skip the SIT command if it risks the possibility of the dog losing control of his bladder.)

The following are excellent uses of the SIT command:

Have your dog drag a lightweight leash around while in the home.

Always supervise the dog for safety reasons and remove the leash when in his kennel.  When training the dog, use the leash to guide your dog into position.  For example, if your dog likes to jump on furniture, then use the leash and guide him back to the floor with “NO, OFF.”  you should use the command “OFF” anytime less than four feet are on the floor.  Use it for jumping, getting onto beds or furniture, counter-surfing, etc.  Do not push your dog away with your hands.  If you push with your hands, your dog will interpret this as petting and encouragement to do it again.

A single word to indicate to your dog that he is now free to get up and go about his activities. The release word should give this word lots of enthusiasm and praise to let your dog know that you appreciate his efforts.  Common release words are “OK,” “FREE,” and “RELEASE.”  You must use the release word every time you give a command to enforce structure.  For example, once you give the SIT command, the dog should hold himself in the sitting position until he hears his release word, and then he may get up.

Be very aware of your eye contact with your dog. 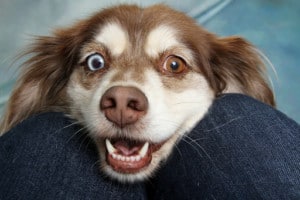 Of course, you can look at your dog, but don’t get into the habit of “staring” your dog into command.  If you do, he will only SIT when you are looking at him, and that isn’t real life.  It also can be intimidating to stare directly at your dog.

Dogs really can be intimidated by too much of it from you.  Do not bend over the dog or rush and swoop in at the dog.  Harsh tones and yelling are unnecessary and intimidating, as well.

Balance your praise based on your dog’s performance.

It is critical that you praise your dog for rewarding good and wanted behavior.  However, if you had to tell your dog multiple times before he complied with your wishes, then he should not receive the same amount of praise as if he had obeyed the first command.

Set the rules and then live by them.  Do not allow your dog to disobey.  If you are not in the mood for training, do not set your dog up to fail.  Only give commands that you will be able to enforce with either praise or correction.  Please do not give a command when you cannot reinforce it.