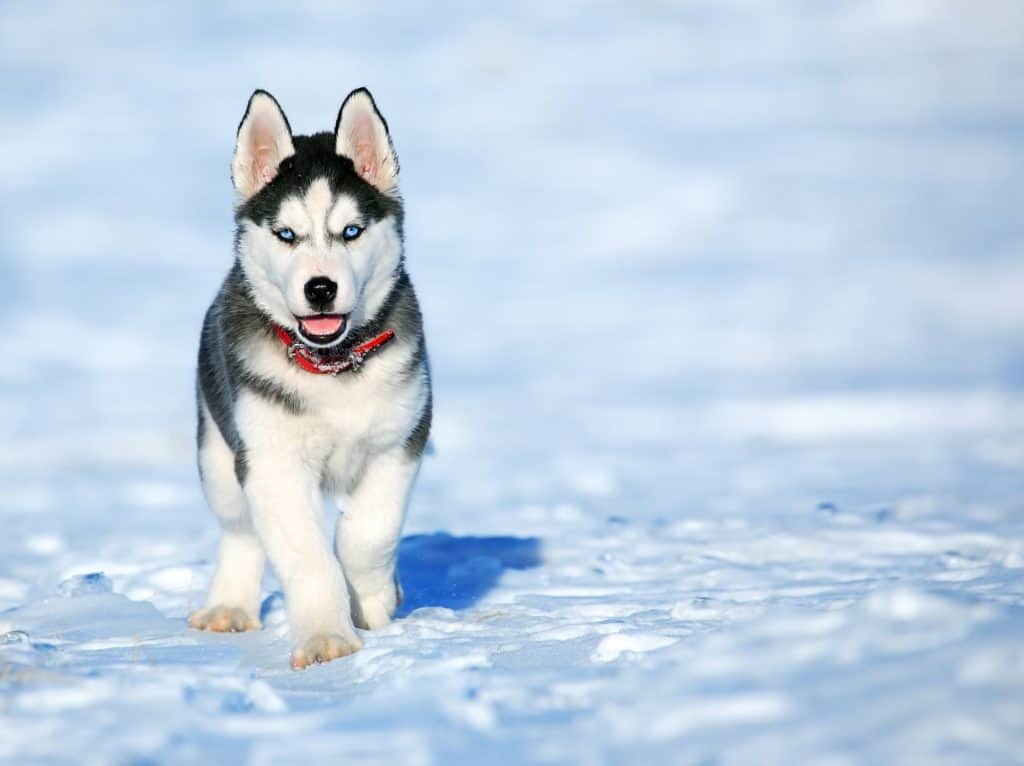 If you have a dog who displays aggressive behavior, such as being territorial and guarding possessions or even people, it can be problematic.

If you have a dog who displays aggressive behavior, such as being territorial and guarding possessions or even people, it can be problematic. It can be risky for your family and other people around you. If your dog attacks and injures someone, you may have to pay the associated expenses.

It’s also stressful to deal with a dog that exhibits aggressive behavior, but the more you understand the problem, the more likely you can take steps to fix it.

The following are some things to know about a territorial or generally aggressive dog.

An Overview of Territorial Aggression 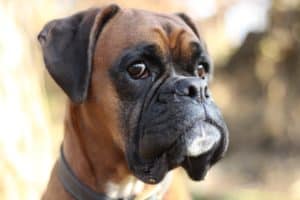 Territorial aggression means that a dog becomes aroused in response to dogs or strangers approaching their property. It can also be genetic or due to environmental factors, including a lack of early socialization or an underlying medical condition.

Territorial aggression can be genetic, and it can also be due to environmental factors, a lack of early socialization, or an underlying medical condition.

Certain breeds are more likely to display signs of territorial aggression more than others. These breeds include bullmastiffs, German shepherds, and giant schnauzers. Of course, while it might be more common in certain breeds, any breed can show signs of aggression.

Some of the signs of territorial behavior that might go beyond what’s normal include: 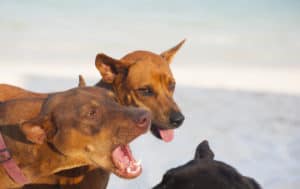 Urine marking is another territorial behavior. You may notice urine on pieces of furniture or in areas of your home when a new item is brought in. Or in areas where your dog has issues with other pets in your home and is working on reestablishing their territory.

Other forms of aggressive behavior in dogs

Two other forms of aggressive behavior in dogs are possessive aggression and food aggression. Possessive aggression is often directed toward a human or another pet that approaches the dog when he is in possession of an item he wants, like a favorite toy, food, or treats.

Food aggression is a type of territorial reaction a dog experiences when eating its meal or munching on treats. They exhibit hostile behavior as a way to guard their food. It is actually a pretty common behavior in many dogs.

Signs of food aggression can include the dog standing stiffly over their bowl, staring, growling, snarling, biting, or chasing people away when they come close.

Territorial aggression vs other forms of aggressive behavior in dogs

Possessive aggression is an extreme reaction but not as extreme as territorial aggression when they may attack or bark at others. However, all these forms of dog aggression can ultimately be considered territorial because it is behavior the dog uses when their property is being threatened.

All these forms of aggression and their territorial response can be prevented altogether or at the least minimized with a few training tricks, including early socialization and owner control.

Fear aggression is a lesser-known aggressive behavior expressed toward people, other animals, and objects. If your dog feels threatened, their body language and behavior are used to drive the perceived threat away.

When determining the difference between aggression and fear, you will notice that a scared dog’s body posture makes him look small and almost invisible. However, aggressive dogs will do everything they can to make themselves appear much larger and more threatening and engage in negative behavior.

What can you do for aggression?

The following are some strategies to help curb your dog’s aggressive and territorial behaviors. While you can do things on your own, it may also be a good idea to consult with a behavioral expert or trainer.

Participate in an obedience training program

Obedience training focuses on helping your dog learn not to react to other people and dogs.

You may be able to do obedience training on your own, but a group training class can provide your dog with socialization that may be valuable to eliminating territorial aggression.

Work on Desensitizing Your Dog 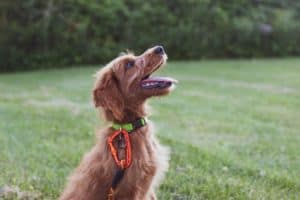 You should work on gradually and positively desensitizing your dog by walking him around other dogs or people in a controlled environment. You might have someone help you, such as a neighbor. They can start slowly walking closer and closer to your home each time you practice with your dog, and you should take a step back if your dog starts to show signs of being reactive or anxious.

As you’re desensitizing your dog, you can provide rewards when they behave well, but don’t push them too far at any one time.

Recall means that your dog knows to come when called, and it’s a command that’s important for a territorial dog to learn. You can start working on recall indoors, and then once your dog has mastered that, you can move outside.

You always want to be gradual but consistent with your training.

Teach Your Dog a Quiet Command

If your dog barks whenever a threat is sensed, teach a command to be quiet. Begin in a peaceful indoor environment, and then over time, you can add more distractions as your dog gets better at calming himself down on command.

You want the cue to bring your dog to a relaxed emotional state. 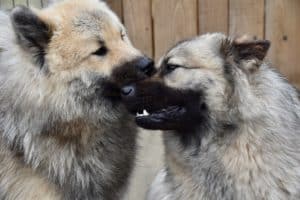 Territorial aggression is very often rooted in anxiety. There are many ways you can help manage your dogs anxiety. For example, maybe you close the curtains to your home while still training your dog on basic concepts. You could also feed your dog in a place where they feel they have privacy.

Using a ThunderShirt or pressure wrap can help calm some dogs, as can having long-lasting chew treats. Too often, dog owners don’t realize that territorial aggression can be very problematic.

It’s important to work on limiting and then eliminating the behavior sooner rather than later if you see it happening with your dog.

The tips we provided above are techniques used to modify a dog’s behavior. These behavior modification techniques are useful as long as they are done correctly. Offering praise and approval, positive programming, and shaping are all good ways to deter negative behavior.

Work on creating positive associations when dog training. Get their attention, use positive reinforcement, and reinforce the training with rewards, in the beginning, weaning them off and just offering praise for their positive behavior at the end of their training. Behavior modification can help dispel aggressive displays and cut down on excessive barking.

Is it normal for dogs to be territorial?

Some behaviors like territorial barking are normal reactions for many dogs. Even dogs that have been socialized from a young age may bark as a response to strangers who are encroaching on their space. This kind of behavior is normal for many dogs but, if not addressed, can lead to other aggressive territorial behaviors.

Is your dog protective or aggressive?

To determine if your dog is protective or aggressive, you need to determine if they are showing natural behavior when they act aggressively. Several dog breeds were specifically bred as guard dogs and instinctively protect their family.

So, you can’t always interpret your dog’s behavior as aggressive. There are times when the dog is just acting protectively rather than possessively or jealously.

Signs that your dog is protective are as follows:

On the other hand, a dog acting aggressively will have more rigidity in its posture, express an intimidating bark, snarl, growl, show its teeth, and lurch forward, ready to charge at a perceived threat. The dog may also snap, bite, nip, cause wounds, or bite with shaking. All of these are aggressive behaviors to take note of.

As you can see, it is normal for a dog to be protective, but it is not okay for them to exhibit aggressive behavior that can ultimately cause injury or harm to another. As a dog owner, it is your job to identify your dog’s behavior and take the necessary measures to make sure no one is hurt.