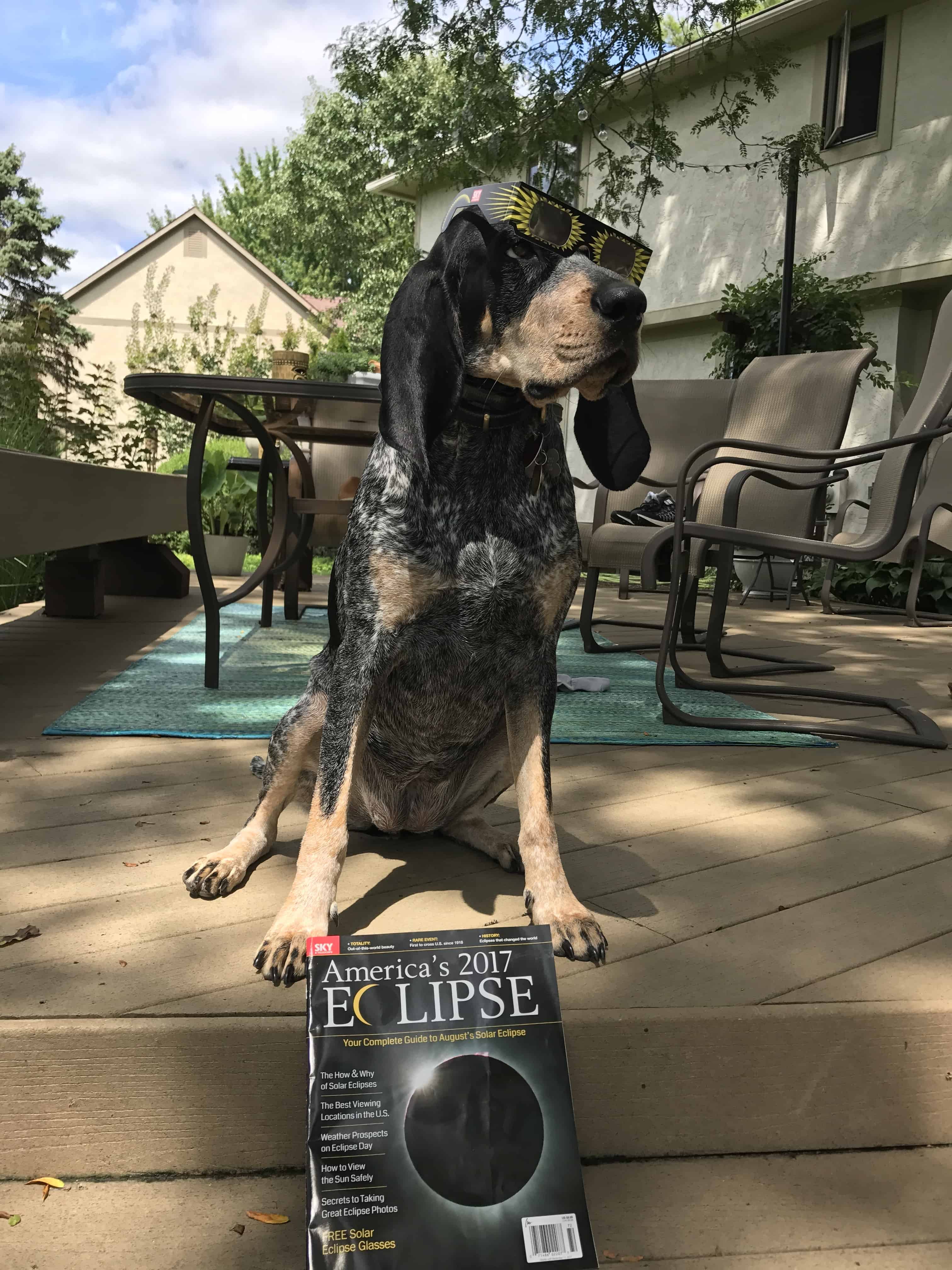 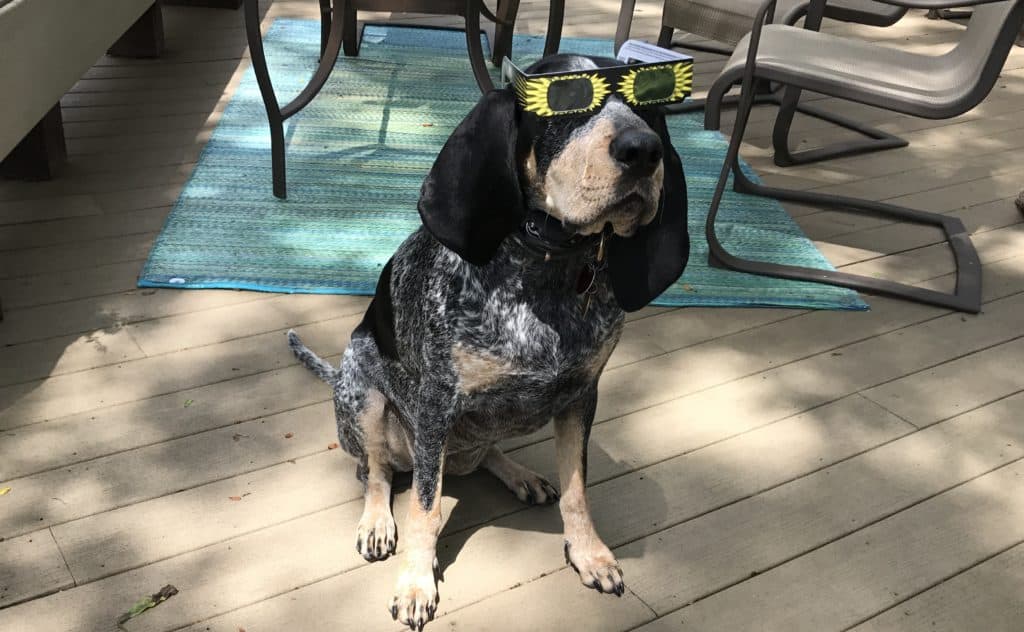 Do you think your dog will notice the total solar eclipse?  A lot depends on their temperament.

During the total solar eclipse on Aug. 21, 2017, the moon will pass between Earth and the Sun, casting its shadow across a path that extends from Oregon to South Carolina. As the moon’s shadow begins to block the sun’s light, parts of the sun’s fiery disk will continue to be visible.

As the sky darkens, the eclipse might affect the behavior of your dog.  Angela Speck, director of astronomy and a professor of astrophysics at the University of Missouri noted, “Farm animals such as cattle may think nighttime is approaching and thus may decide to head back to the barn.”   In addition, insects and frogs might start chirping, just as they do during dusk on summer nights. Birds may also be fooled into thinking it’s nightfall, and may start “making lots of noise [to] show you that they’re getting ready to go to bed,” Speck said.

Even certain plants may furl or unfurl, just as they regularly do as darkness falls, she said.

Donald Broom, Emeritus Professor of Animal Welfare at the University of Cambridge stated, “[The dogs will] notice it will get dark; although night happens every day, you don’t have a substantial change in light intensity in the morning, so it’s a bit disturbing for them.”

During the 2015 partial solar eclipse he predicted that dogs would probably be more alert and pay more attention to what’s going on around them more than usual because they will be ‘slightly surprised’.  Was he right?

While the partial solar eclipse in the UK in 2015 was occurring, people took to Twitter that their dog looked confused.  Some dog owners reported their dogs were howling and running around.  However, other pet owners were underwhelmed by their animals’ response to the partial eclipse. 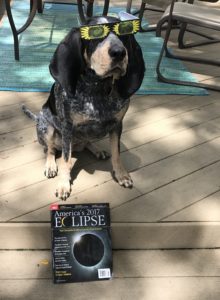 Shy or timid dogs most likely will react since they usually react to anything out of the ordinary.  Dogs that have self-confidence or are generally laid back probably won’t notice much.

For the dogs who already have insecurities, you can kennel them and cover their kennel with a blanket to keep them safe and happy. There’s going to be a bigger chance these dogs get lost.

In any case, make sure your dog is micro chipped and has an id on their collar. If they have name, address, phone on the collar it is much more likely to get these dogs back to their owners.

As far as solar protective glasses, most experts say there is no need to worry about your dog’s eyes being damaged.  On a normal day, your dog doesn’t try to look at the sun.  When there is a solar eclipse, they’re not going to do it, either.

If you plan to watch the solar eclipse on August 21, be sure to record how the natural world, especially your dog and wildlife, reacts.  “The nighttime comes so fast, and I don’t think we have good data on this, so it’s actually going to be really interesting to see what happens,” Speck said.